Good startups often emerge from situations where the founder is attempting to solve a problem they themselves have. That was certainly the case with collegiate events site Fampus, created by 22-year old Brittany Brody, now a senior at the University of Wisconsin-Madison.

As a new arrival to the university in 2008, Brody wanted to get involved on campus, but was frustrated by the lack of a dedicated site that listed both on-campus and nearby community events. So she created Fampus.

There are, of course, plenty of events sites already out there. Behemoths like Facebook and Meetup.com, for example, compete in this space, as do event search, listings, and ticketing focused sites like Eventbrite, Plancast, Eventful, Zvents and dozens of others. There are also local competitors, like Metromix, for example. Even Bing is in on the event-listing action.

What Brody wanted, though, was site that showed her all of University of Wisconsin-Madison events right down to the Chess Club meetings and Greek mixers, alongside popular community events. 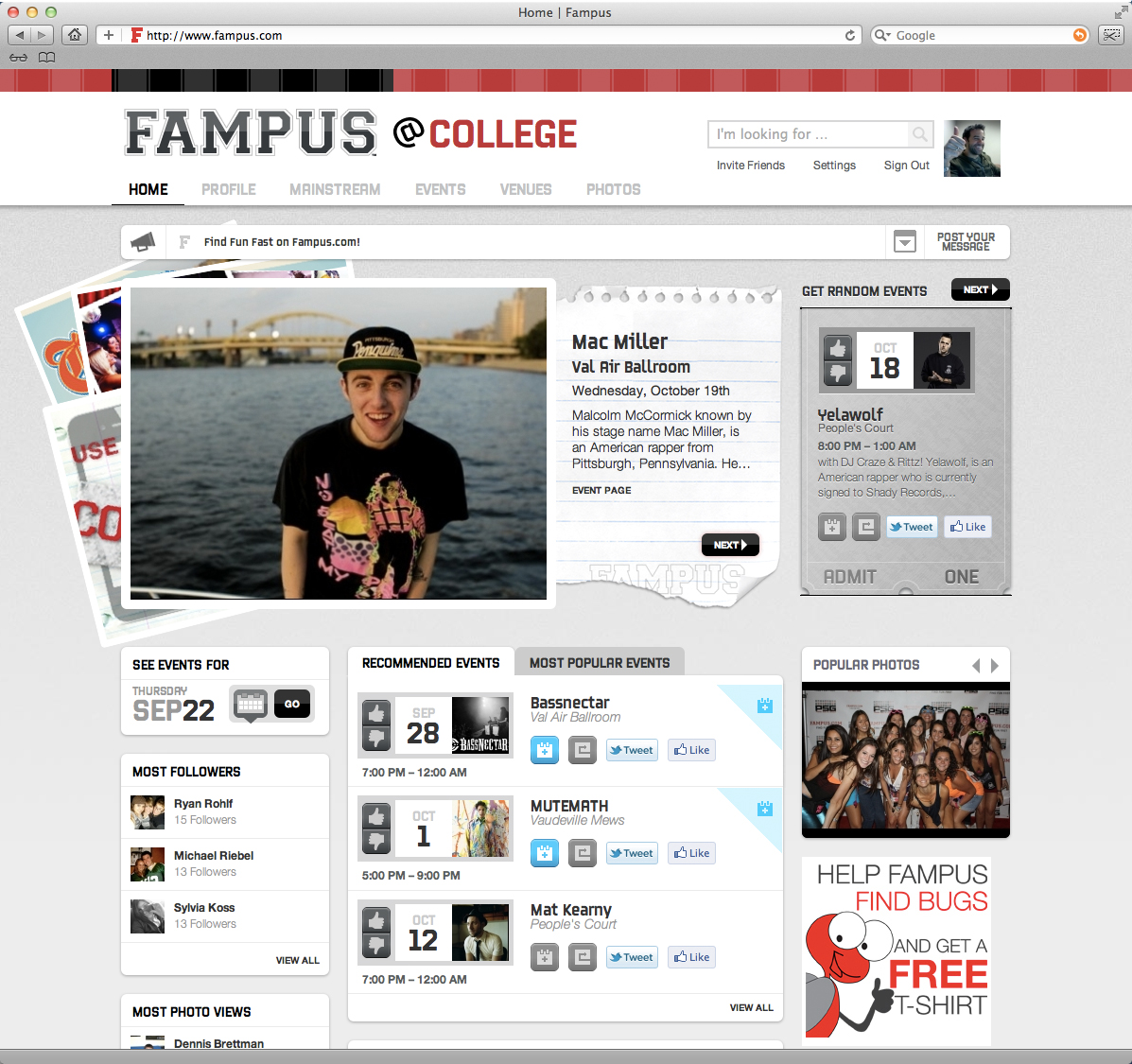 To get Fampus started, Brittany sought help from entrepreneur (and dad) Brad Brody, who now serves as President within the organization. Over the next couple of years, and with the help of a growing staff that now includes 12 full-time employees, Fampus was engineered, designed and, as of last month, quietly launched.

Today, Fampus has 7 colleges on board, each aided by on-campus interns who help promote the site, find partnering opportunities and offer local feedback. Current schools include Grand View University, Drake University, Simpson College, Iowa State University, University of Iowa, University of Nebraska at Lincoln and University of Wisconsin-Madison. Fampus aims to triple that number over the course of 2012. And it has identified a total of 300 target schools it wants to reach.

In order to join Fampus, students, as well as administration and faculty, need to have a .edu email address. (Yes, just like Facebook required back in the day.)

Featured events appear on the Fampus homepage, and students can click if they’re attending, “keep me in the loop” to bookmark them or “thumbs up/thumbs down” to aid in Fampus’ event recommendations. Surprisingly, there’s no calendar integration yet, but this was not at the top of students’ requests, the company says. For now, users can track their planned events and history on their profile page. 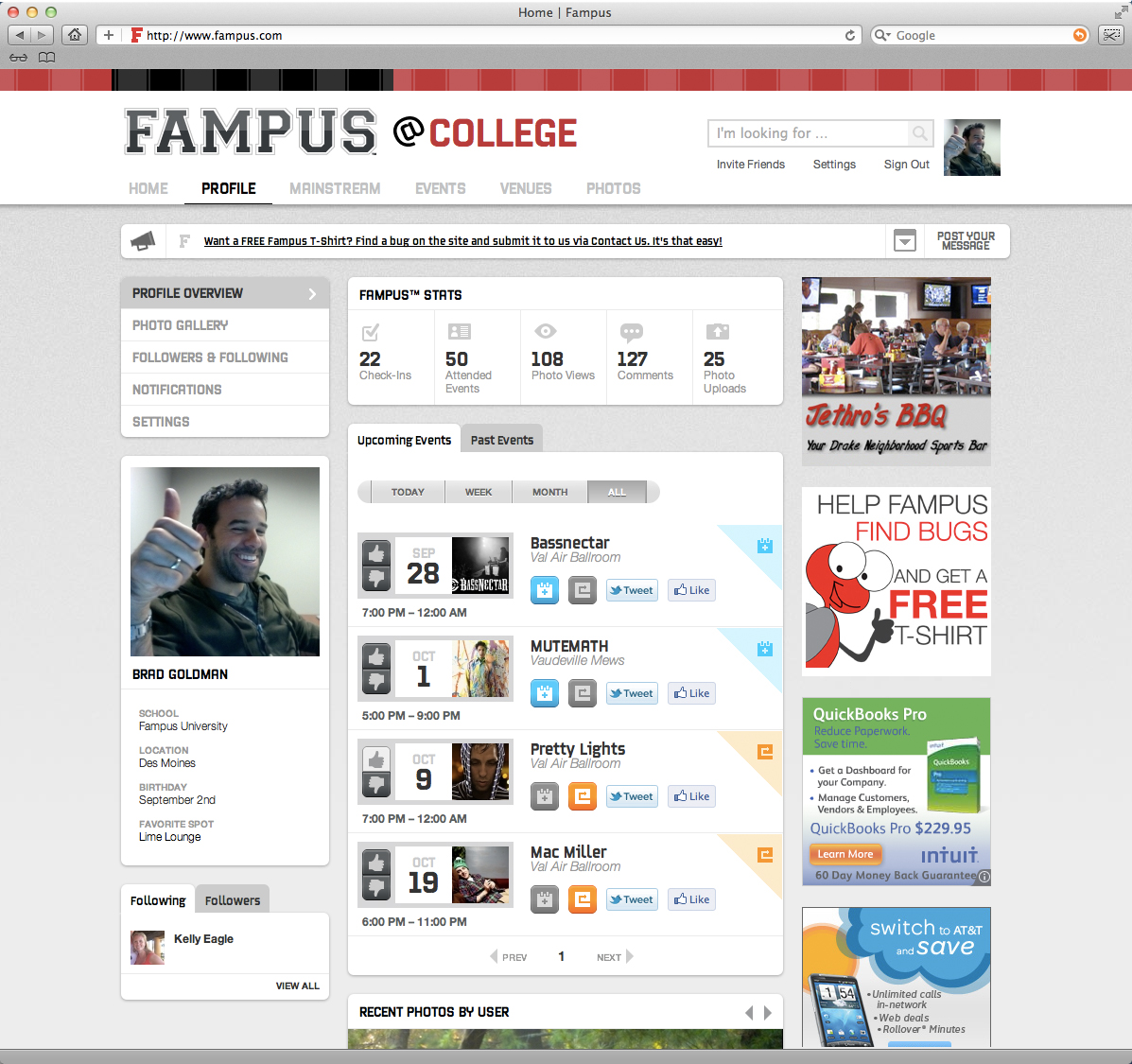 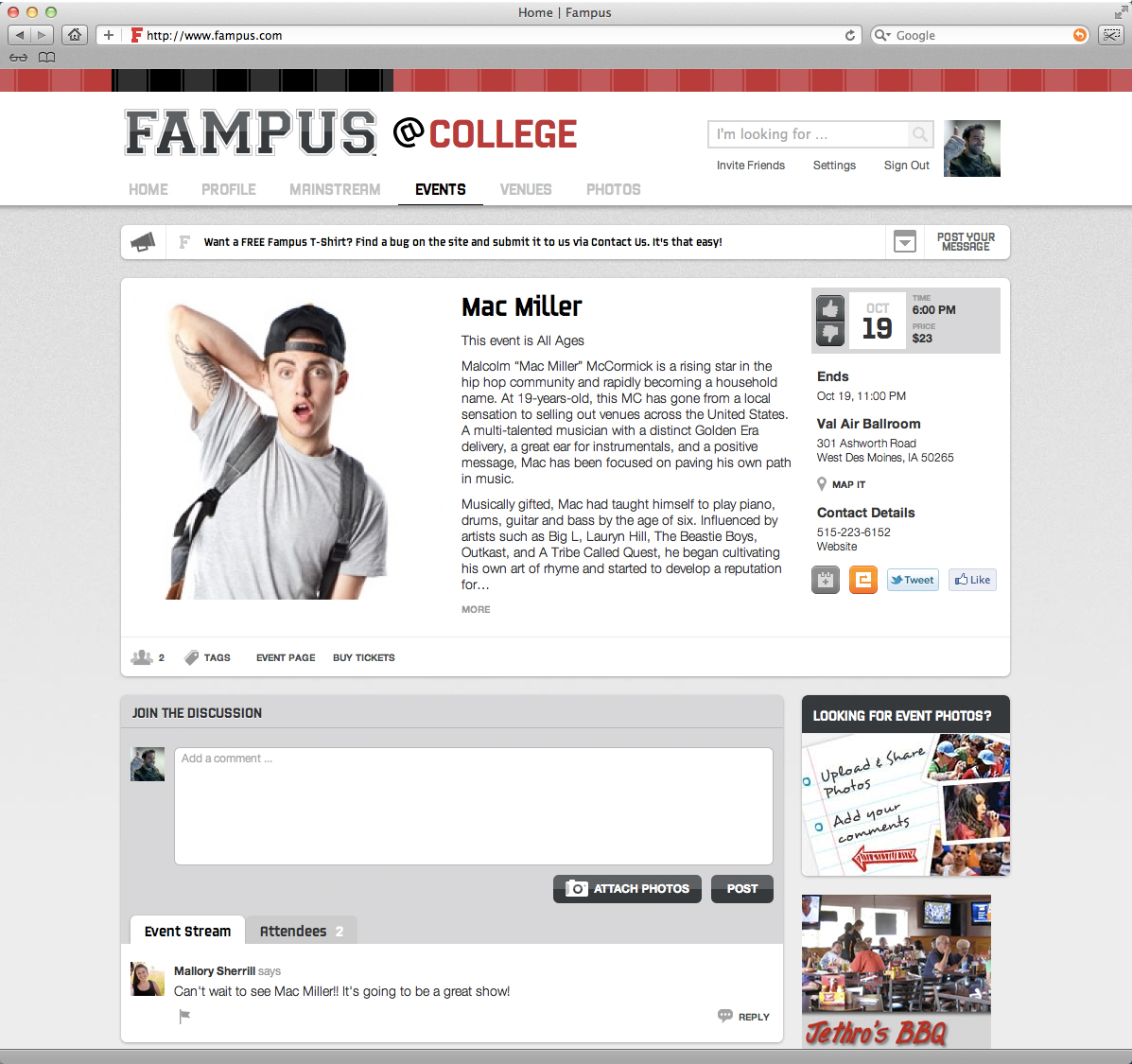 Fampus supports itself through a combination of locally focused advertising (banner and sidebar ads) as well as some sponsored event listings. The site aims to keep sponsorships to a minimum, though, because event curation is its key selling point. To that end, there is no process for listing an event of your own on Fampus. Instead, it’s primarily a database-driven site where events come in through through partnerships with event promoters, venues and its own on-campus ties. Users can “suggest an event” through a new Fampus feature, however.

A mobile app (available next week) for iPhone and Android offers close to 75% of the site’s main functionality. It also includes event check-in and, interestingly, an event check-out feature. (Something more location-based social networks should have). 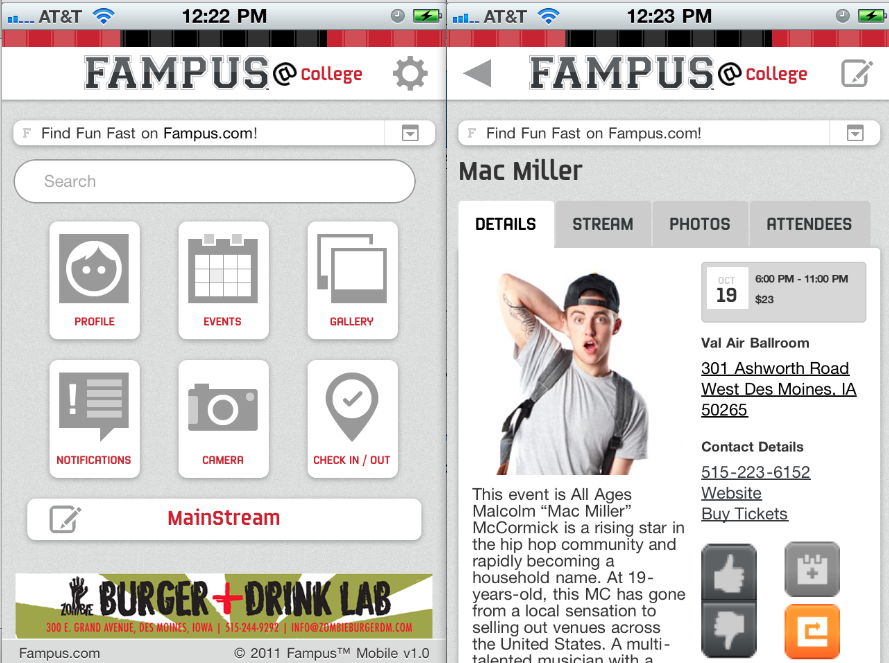 As to whether Fampus will one day “pull a Facebook” and open up to a broader audience…well, never say never, but for now, the company’s goal is to remain a university-closed system.

Funding for Fampus is from an undisclosed sole angel investor as of this moment, but the company may pursue VC dollars starting early next year.