Collaboration startup Podio, which is taking on the worlds of Yammer and BaseCamp, allows users to create easy-to-build apps (closer to widgets) on their platform.

Today it’s launched the ability to do the same on its iPhone app and revealed it now has over 40,000 organisations on the platform. Podio’s CEO Tommy Ahlers is the former founder of Zyb which sold to Vodafone for $49 million.

On the web version Podio’s users have created ‘apps’ to do things like manage sales leads or execute projects. And on the iPhone version the apps work inside Podio’s native app. On the web version some 200,000 apps have been built or modified by users so far.

For example, Podio customer Atlas Blue runs a swimming pool maintenance and repair business in Kuwait (yes, really). Thus, they built their own Podio app to share all the details of each swimming pool they service.

Developed in Denmark, Podio now has a San Francisco base, and competes against the likes of Yammer, Socialcast and Convofy. 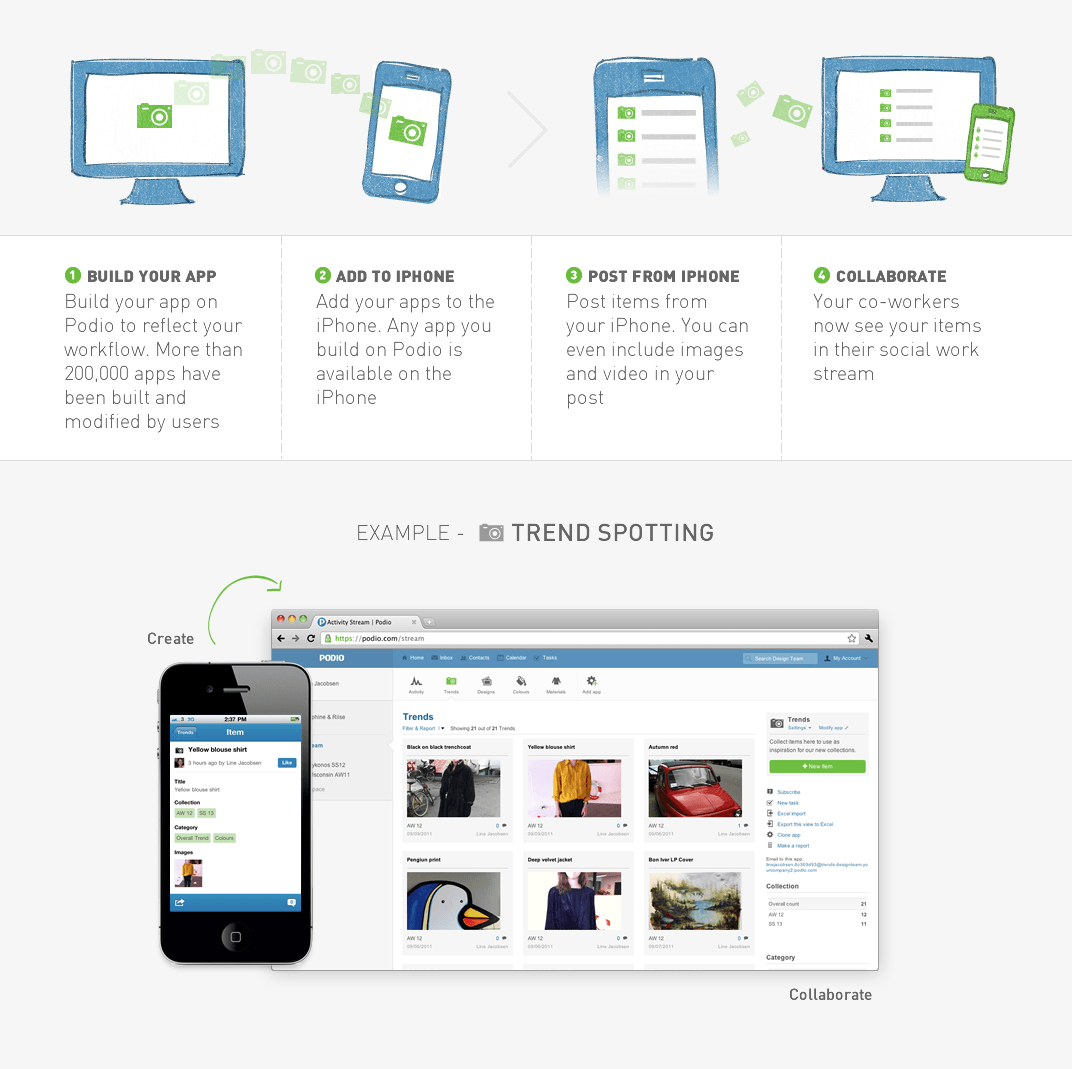