It was nine months ago when we first wrote about TestFlight, the super-simple over-the-air (OTA) iOS app distribution service. As we noted at the time, the service seemed perfect for developers looking for a better way to test their apps before releasing them into Apple’s App Store. Since then, many developers have found it to be the perfect solution — it seems like pretty much every developer I encounter now uses it.

Today, TestFlight version 2 is rolling out, and with it comes a full SDK that is likely to push any developer not yet using the service, over the edge. Here are the new features:

Check Points
Monitor tester engagement and watch as they progress through your app or take unexpected turns.

In-App Questions
Get the answers you need right when you need them. Ask multiple choice or open answer questions in real time the moment a checkpoint is reached.

Feedback
Gather more feedback with in-app forms or via tester email replies, which is all neatly organized in your dashboard and enables immediate responses.

In-App Updates
Prompt testers to install the latest version of your app and they can update instantly over-the-air.

In other words, the best just got a lot better.

And the key part is the that even with all the upgrades, the service remains free for developers to use. TestFlight says that while they reserve the right to charge for more premium add-ons down the road, these features are all now a part of the core functionality and will remain free.

Currently, everyone from Adobe to MTV to Tumblr to Spotify to Instagram are using TestFlight. It’s great for distribution (which used to ridiculously involve the sending and manual installing of IPA’s and provisioning files), and now it’s going to be even better for diagnostics and analytics. If there’s any service that stands out as something Apple should buy, this is it.

TestFlight notes that the SDK has been in testing with some developers for a few months. At least one of those developers notes that it’s “fucking fantastic”. 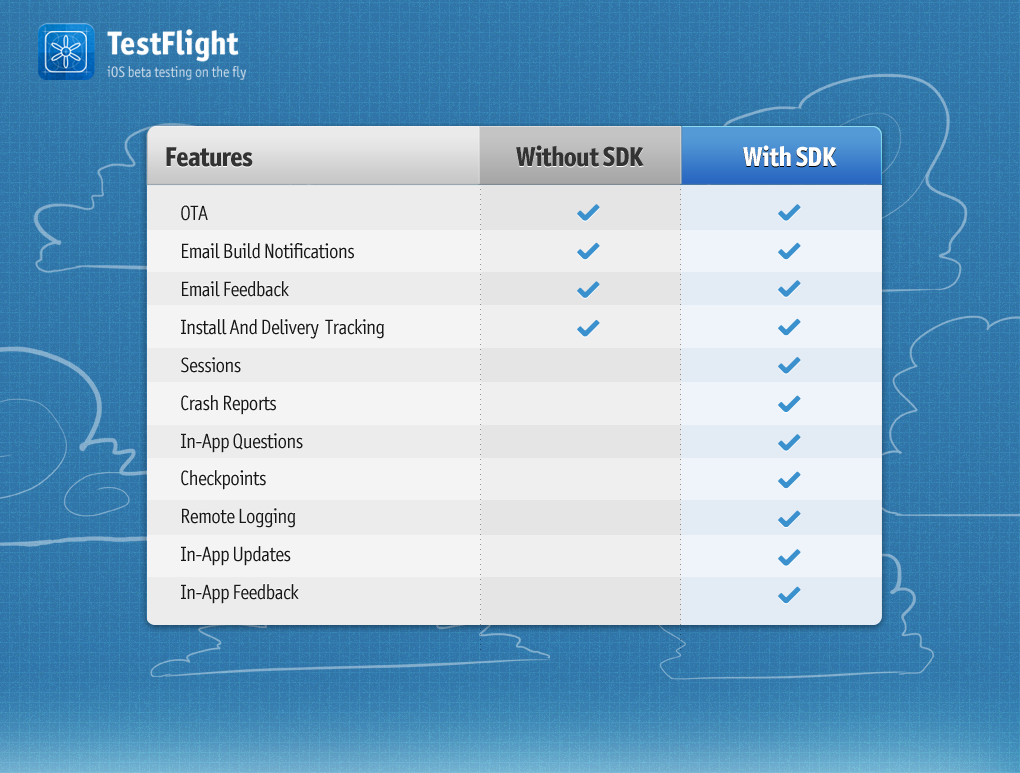