The Toshiba Thrive isn’t exactly a good-looking Android tablet. Sure, it has plenty of ports, a removable battery, and a low price, but it’s also bulky and feels of cheap plastic. Sans the Toshiba logo, it feels and looks just like a random Chinese rip-off. But have no fear, Toshiba fans! Per a pre-IFA leak, there’s a new tablet coming and it’s every bit as sexy as the Asus Transformer or Samsung Galaxy Tab while packing at least some of the I/O ports found on the Thrive. 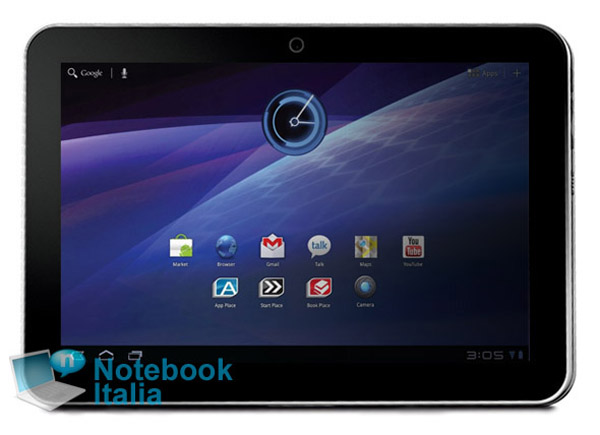 As with most leaks, details are a bit scarce. No word on pricing, target region, or exact hardware specs. I’m not even sure if the pics are real as the ports are of awkward sizes. But it seems as if there’s a micro HDMI, micro USB port, and a rather wide MicroSD card slot. There’s even an uncharacteristically large seam, which hopefully indicates that the removable battery found on the Thrive is still in play. Android and Me states a TI OMAP4460 dual-core 1.5GHz processor is under the 10-inch screen.

Toshiba will likely make the tablet official before IFA kicks off later this week. That is, of course, if another leak doesn’t ruin their fun.