After quietly announcing they were killing off their nascent Deals product this afternoon, Facebook caused some confusion. You see, with the decision to kill off Facebook Places earlier in the week, everyone wondered what it meant for the location-based deals they launched alongside it? Those would remain alive, Facebook said at the time. But does today’s execution change anything?

Facebook’s statement on the matter:

After testing Deals for four months, we’ve decided to end our Deals product in the coming weeks. We think there is a lot of power in a social approach to driving people into local businesses. We remain committed to building products to help local businesses connect with people, like Ads, Pages, Sponsored Stories, and Check-in Deals. We’ve learned a lot from our test and we’ll continue to evaluate how to best serve local businesses.

Below, a reminder of what the still-alive Check-in Deals will look like on the Facebook iPhone app: 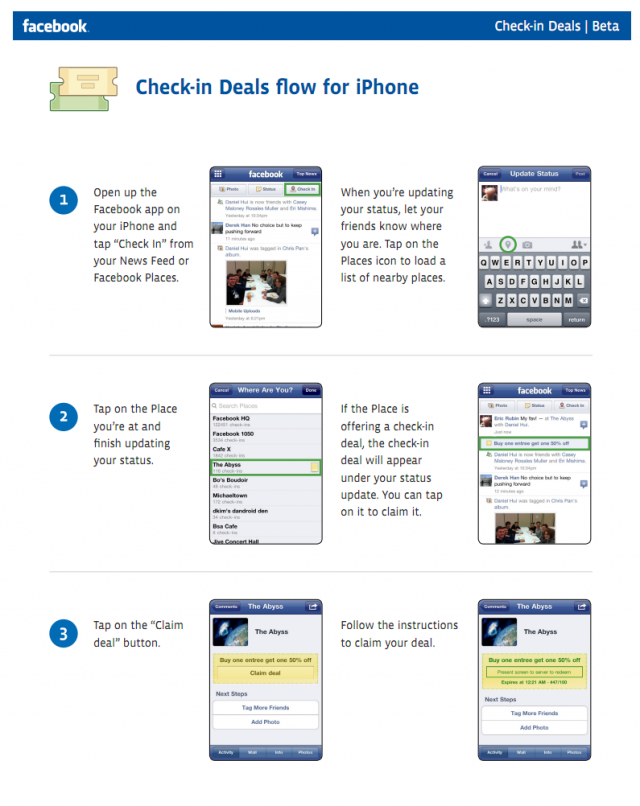