I’m here in St. Petersburg, Florida this morning to learn more about the new TechStars Network member, Gazelle Lab. This 3-month, mentor-driven program is Tampa Bay’s attempt to establish itself as a home to entrepreneurial innovation and a place where early stage startups are fostered. Today, the Lab launched its first full round of startups, after having previously launched a “beta” group of just 3 companies earlier this year. The launch includes 6 startups, with a diversity of focus ranging from the fun (a mobile adventure quest game) to the practical (an app that listens to your car to help you save you money). The startups will demo in front of investors later this year.

While six may seem like a small number when parent company TechStars routinely launches groups of a dozen or so, it’s a big number for the Tampa Bay area, which has struggled to solidify its position as an entrepreneurial community. Great startups are occasionally founded here, but once they’re successful they tend to leave, following the money (that is, the venture capital) out to Silicon Valley.

For example, Y Combinator-funded and Tampa Bay-based Wufoo was acquired by SurveyMonkey in April and relocated to California. An even more notable departure was that of  Wikipedia, which left St. Petersburg for San Francisco in 2007, claiming the move would give it access to “a rich array of resources, including best-in-breed online talent, top-tier universities, world-class support services and major media.” In other words, resources Tampa Bay couldn’t provide.

But things here in the “other Bay Area” are starting to change. Tampa area tech leaders held a Startup Weekend this July, bringing the tradition of the weekend-long hacking fests to the region for the first time ever. And now Tampa has Gazelle Lab, a TechStars Network member which provides early stage startups with seed level funding, research and advising from USF St. Petersburg’s entrepreneurship students, fundraising and tools from Entrepreneurcommons.org, development and tools from Microsoft BizSpark, a library of legal documents, in-person training, plus support from peers and mentors. 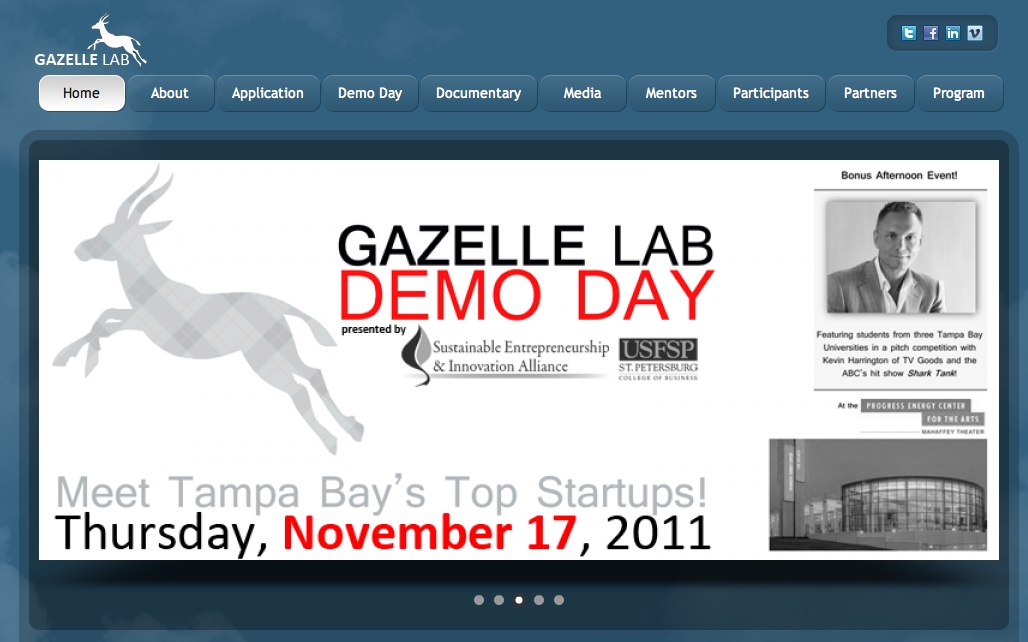 Will Gazelle’s new graduates remain in the area long-term, though? Who knows? But even getting Tampa Bay’s name on the map as a birthplace for acquisition targets wouldn’t be a bad thing for this community. After all, high-profile exits will show the industry what Tampa is capable of producing. Or, as Britton more simply puts it: “an exit is an exit.” He believes Wufoo’s acquisition was a win for this region, and while it would be ideal for companies to stay put, plant seeds, and grow roots, getting acquired is something worth cheering.

Besides, Tampa Bay has a lot to offer the tech community, adds Scaff. Out in San Francisco, for example, there’s a lot employee poaching, due to scarcities of available talent. Here, there’s not. “The best things about Tampa Bay are the negatives about California,” he explains. And add to that, the affordable housing, nearby academic institutions (including the University of South Florida, now pushing 50,000 in total enrollment), Tampa Bay’s beautiful beaches and attractions and its family-friendly take on American suburbia, and you can see why people here want to see Tampa emerge as a place where startups can be born, grow…and survive.

Gazelle Lab’s launch is a good first step for an area that wants to make a name for itself as a technology hub. If it can produce a few more successes like Wufoo, then the missing piece – strategic capital – may soon follow.

Note: we’ll have a round-up of the new startups up shortly.