Sully Taylor, Creative Director for Teens in Tech Labs and Founder & CEO at Sully Creative, has released a Google+ application for Mac users. The app is a very simple one, however. “Just a ported browser,” he says, “not a native app.”

Yes, we know that you can use Fluid.app to do pretty much the same thing – that is, if you prefer to do the work yourself. But Taylor says Fluid won’t be robust enough for what he plans to do with the app in the next week.

The new app (direct download) requires Google Chrome and Mac OS X, although a handful of users are reporting trouble with installations on Lion. For what it’s worth, I’m running Lion here, and didn’t have any problems. 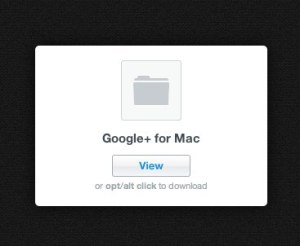 Taylor is a member of the Google+ Developer Program and  (see 2nd update, hmm), but this app was built using the Web interface.

He also notes that this app is a just temporary solution. He’s working on bringing Google+ to the desktop via a true native app, and wanted something in the meantime. 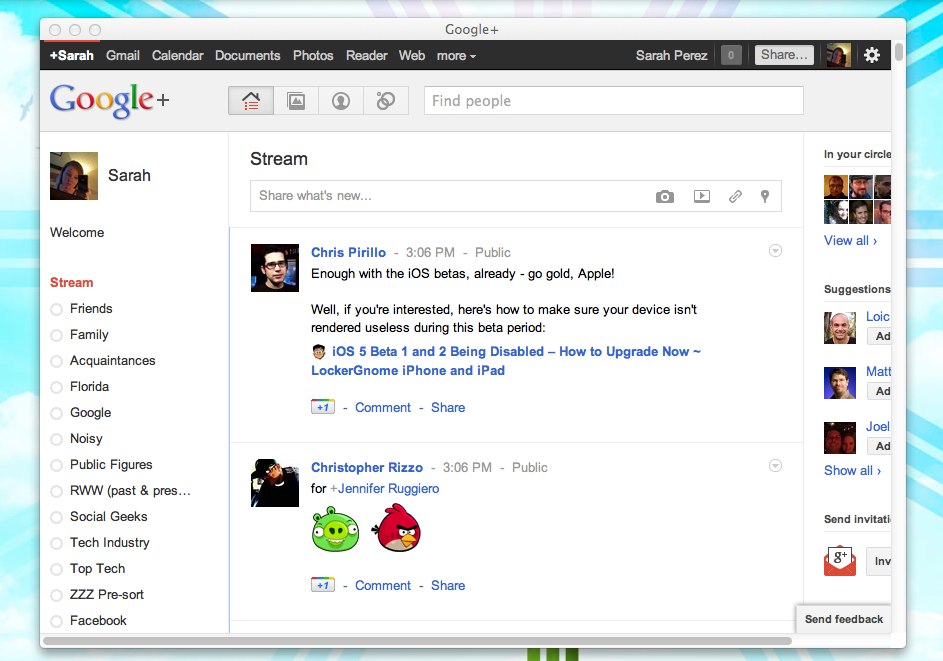 The one problem I’ve discovered so far in using the app is that when you click links to external websites, you sort of get stuck there. There’s no way to click “back” to return to Google+.

I have to admit, I’m not sure if there’s a major benefit to using app, but I’m curious as to what Taylor will do with it next.

That said, if you’re sort of obsessed with Google+ (ahem, cough, cough), it’s fun to put the app’s icon in your Mac’s dock as a reminder to keep your eyes on the social network and those ever-present, ever-enticing, bright red notifications.

Update, 9:20 AM Wed.: Hmm, this is interesting. Google asked Taylor to remove the comment on Google+ where he stated that he had access to private APIs. They said he does not. Taylor also emailed me to let me know that he removed the “misleading comment” from his profile.