Both Kutcher and Rose recently tweeted out a link that gave their followers $10 off any purchase at Fab.com. Fab wrote a blog post about the marketing test. Kutcher’s link resulted in 5,888 signups, more than Rose’s 4,356 (but not much more). But Rose’s links resulted in more orders and higher revenues.

These are exactly the kind of metrics more startups should be reporting. They get at the value per share, and are much more useful than the usual vanity metrics startups put out all too regularly. Both Kutcher and Rose are investors in Fab, which recently switched from being a gay social network to a shopping site.

Using celebrities to promote sales is a growing trend in social commerce. Gilt recently tapped into Lady Gaga fans and One Kings Lane did a promotion with designers from a Bravo show. 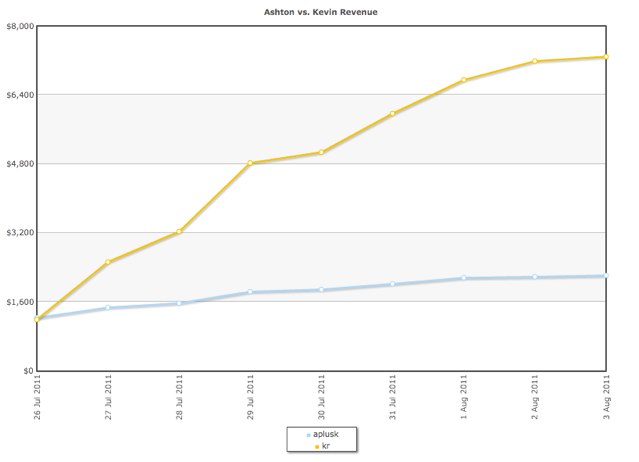