The Kindle 3G with advertising is now the company’s bestselling Kindle, says Amazon. Amazon founder and CEO Jeff Bezos said in a statement: “Low prices, expanding selection, fast delivery and innovation are driving the fastest growth we’ve seen in over a decade…Kindle 3G with Special Offers has quickly become our bestselling Kindle at only $139. Customers love the convenience of a 3G reader — no hunting for or paying for Wi-Fi hotspots. Amazon picks up the tab for the 3G wireless, so you have no monthly payments or annual contracts.”

Unsurprisingly, Amazon says that sales growth of Kindle devices accelerated in second quarter 2011 compared to first quarter 2011 but declined to give set numbers on how many Kindles were sold in the quarter.

We’ll listen to the earnings call and update you with any additional information. 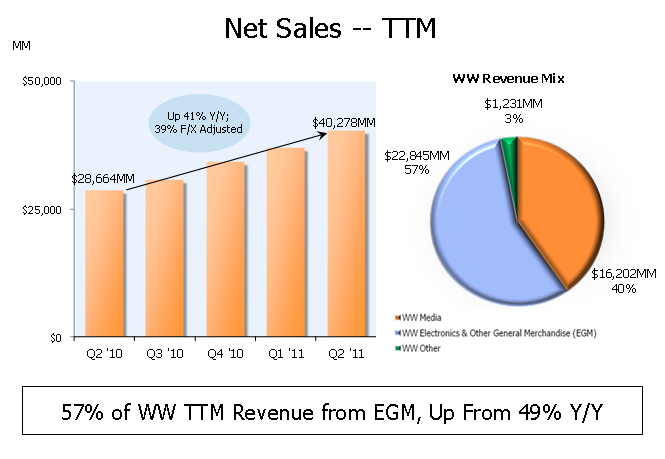