Roku just announced its fourth generation of media streamers and they’re unsurprisingly the best yet. They sport more features, an even smaller physical footprint, and the same Apple TV-killing price points as before.

These new models, the Roku 2 HD, Roku 2 XD, and the Roku 2 XS, have even more media streaming capabilities as the previous models. All the major streaming sources are present: Netflix, Amazon Instant Video, Hulu Plus. Plus, Roku has live sports from the NHL, NBA, and Major League soccer along with on-demand radio with rdio, Pandora and MOG. There simply isn’t a more complete streaming offering from any other device. But clearly Roku wanted to build a platform not limited to just streaming. The new models feature built-in motion gaming capabilities with 2011’s hottest game. Yep, Angry Birds .

In case, you know, already played Angry Birds, there are more games available after launch — like Angry Birds Seasons and Angry Birds Rio along with other unannounced titles. With the new hardware comes new streaming stations, too. Roku is over 300 stations now and along with the Angry Bird channel comes Facebook, EPIX, Major League Soccer, AOL HD, and FoxNews.com. 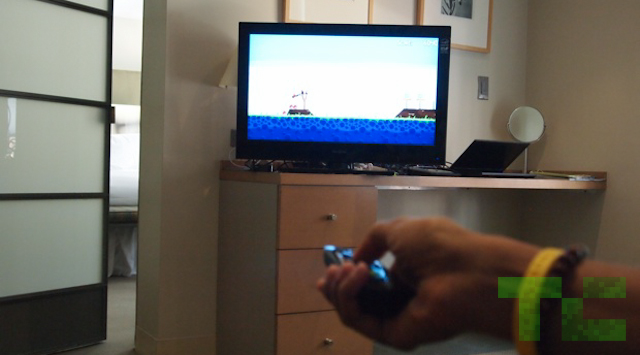 All three models are compatible with a Bluetooth gaming remote that’s eerily similar to the Wii Remote. (Besides the obvious color difference) The Roku Game Remote comes with the top-tier XS model and within the next couple weeks, will be bundled with a 2GB MicroSD card for $29. At a press preview we found the 6-axis wireless RF Bluetooth technology worked as advertised. Slinging Angry Birds have never been so fun.

The new models are tiny — not that the old ones were monstrous — and draw less than two watts of power. The entire line features Dolby Digital Plus, wireless connectivity, HDMI out and a microSD card slot for additional game storage. The top of the line XS model also sports an Ethernet port, USB port and, along with the mid-tier XD model, 1080P support. (the cheaper model 720p) Expect the Roku 2 HD, Roku 2 XD, and the Roku 2 XS for $59, $79, and $99, respectively at Best Buy, Amazon, Fry’s, RadioShack and Roku.com by the end of the month. 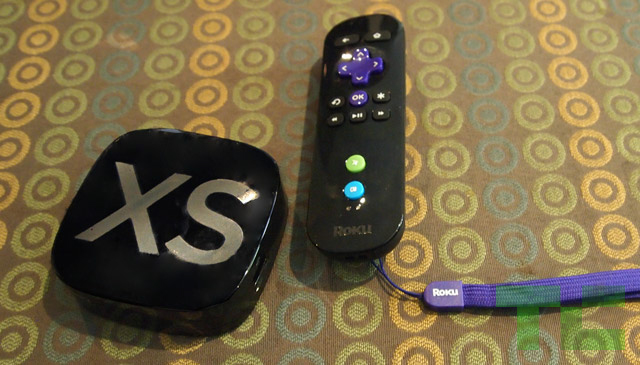