Wait, no it’s not. The Epic 4G is for Sprint… but that quite clearly says “Verizon”.

So, what’s going on here? As far as we can tell, it looks like Verizon’s about to launch their own rebranding of the Epic 4G — albeit one that comes nearly a full year after the original.

Our buds over at AndroidCentral dug up a handful of photos and specs on this re-hash.

Here’s what the rumor mill has to say:

All in all, it’s a pretty modest revision, but certainly a welcome one. No word yet on pricing — but based on specs alone, I wouldn’t expect this one to break $200 on a 2-year-contract.

Here’s a side-by-side of this new look-alike and the original Epic 4G for comparison’s sake: 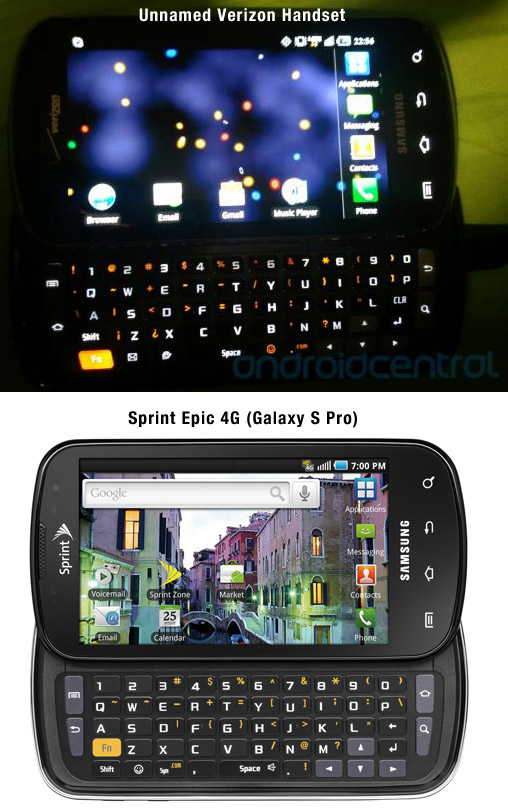