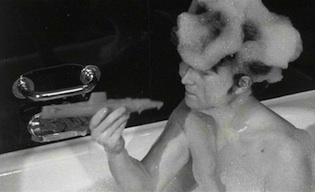 Oh lord won’t you buy me a Mercedes Benz. That’s how I feel about the strange trip we’re on with our social studies. Used to be that I could just sit back and wish for a Mickey Mantle home run, and sure enough, it would be there. The powerful compact swing generating an arc unlike any other, still rising as it cleared the outfield wall.

At some basic level we’re trying to find a home we can invest in. The social networking landscape seems to be shaken by Google’s new network product, but in a way it’s become more solidified. The monolith, Facebook, remains undamaged. The experiment, Twitter, no less unsure about what it is but confident of its value. What’s left, Microsoft.

It’s way early to handicap anything along the scale of winners and losers, but many things are already obvious. Plus has conquered the media, but what of it? Unlike Apple, which changed the media with the iPad, Google has slapped a fresh coat of paint on the social chat room that was Friendfeed and provided a reasonably safe bet that the work we put in will be accessible for some substantial time to come. Worth investing in the stream of notifications as we remodel our graphs one more time.

Without the aggregation of citations, Plus is more an interactive manual for itself than anything disruptive. Google has the time and motivation to get everyone in their seats before starting the game, and we’re comfortable enough waiting while we check our old familiar streams to see what we’re missing. This time around, we’re dealing with a platform that won’t collapse when Track is turned on. The question is when, not if.

Twitter has already voted on this question by shutting down its firehose to Google Realtime Search. Basically, no way you get Track handed to you on a platter, just like no way we’re for sale. At stake: Twitter’s social graph and how it can be used to personalize the content stream. All the talk of overlapping Circles on Plus speaks to the same problem, how to derive signal on information other than how cool Plus is.

Does Twitter have a price at which it caves? Not really. The second such a price is established, the overall value of the entire market segment collapses. Let’s say Google acquires Track and lets us bind our content stream to Plus identity with one click. Suddenly Facebook (and Microsoft) have a huge problem, as we use Circles to obsolete the Facebook personal graph while selling our media preferences to the highest bidder.

So Facebook counters with a bigger number, which would be rejected because of Facebook’s scale. Back and forth, to the point where the numbers would be so far out of whack that only Microsoft could afford them and to what end? Whoever closes that deal loses an AOL/TimeWarner chunk of its value. In effect, Twitter would be acquiring a big chunk of either company that would evaporate on close. And what would they do if the deal was all cash? Nothing to buy into except the loser of the auction.

More likely, Google will continue to be successful at building out its alternate identity graph, starting with the (social) media and moving into the content aggregation space with brands. An interesting test case will be what happens with the All My Children/One Life To Live deal, where the two soaps are moving to the iPad platform. How they will monetize this with a projecting $50 million in production costs depends on just the kind of Track or @Mention targeting that Apple just announced with, wait for it, Twitter in iOS 5.

Coming as it does just in time for the new fall season, soap media may turn out to be the reason Twitter stays independent. With Netflix as the new upfronts, producers will launch on iPad and bankroll production with the streaming afterlife. It’s not coincidental that ABC retained the IP for the series, given Steve Jobs’s huge stake in the network. It also suggests broadcast will be used to launch shows and push them through the new soap media pipeline via iPad and AirPlay.

As long as Google keeps Plus open and builds content aggregation traffic through API connectors, the quality of the network will help unbundle Facebook identity. Plus Track will encourage Twitter to syndicate its data, and Facebook to emulate Circles, Hangouts, and even Track. Instead of puncturing the bubble, Plus is buying enough time for the social media networks to transition to the new dynamics of Soap Media.