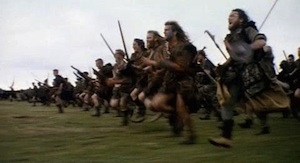 Google and Facebook are at war. This is old news. They both want to be the center of the Internet — but there can be only one center. For a while, it looked like things were quickly shifting Facebook’s way after years of dominance by Google. Then Google+ appeared — already the most compelling social experience Google has ever offered.

While it’s still far from clear what the actual impact of G+ will be on the Internet at large, it’s pretty clear already that it’s something Facebook is going to have to take seriously. And they are. Despite Mark Zuckerberg downplaying it, Facebook did just launch a video chat feature a week after Google did in G+. And last summer, Facebook rushed to get the new Groups done in time to beat Circles to the same punch.

But where things are going to be really interesting is on the social sharing front. Facebook has long been in the lead here — and is proud of it. But after just a week, it sure seems like Google+ is seeing some impressive numbers as well (with only a fraction of Google users using it). And a small change Google quietly made yesterday shows just how seriously they’re taking this.

As we noted a couple days ago, it is possible to track the referrals coming in to your site from G+, but it’s not straightforward. Yesterday, Google made it much more straightforward.

When you click on a link now in G+, it redirects it through the plus.google.com domain. Why? Because Google+ uses HTTPS to be more secure, but that strips referrer information that would normally be passed to sites like TechCrunch. So they have to redirect to another non-HTTPS domain to pass that data. Previously, it was simply through a google.com/url domain (which we were tracking). Now it’s a plus.google.com domain — much easier to track for a casual analytics user.

And sure enough, as of yesterday, plus.google.com is showing up as a referrer to TechCrunch — and yes, a big one despite us not actively using it to send out articles just yet (and again, the limited number of users).

Facebook does a similar redirect to ensure that the pageviews they’re sending others’ way are correctly counted. Others, like Twitter, do not generally do this, which likely makes their sharing stats appear lower than they actually are.

I suspect we’ll begin seeing all three of these Internet giants begin to more actively monitor and showcase this data. Others, like StumbleUpon and LinkedIn are in the mix as well.

Remarkably, StatCounter says that StumbleUpon now sends more traffic to sites than Facebook in the U.S. Meanwhile, LinkedIn is showing massive growth in terms of referrals (to TechCrunch, at least) — though, to be fair, their popular LinkedIn Today feature is powered by Twitter data (which again, Twitter doesn’t get the referral credit for at all).

Nearly two years ago, I noted that the social sharing war was tipping heavily in Twitter’s favor due to the fact that it was far too slow to share content on Facebook. The quick rise of the Tweetmeme button (since replaced by Twitter’s own Tweet button) all over the web showcased this. But things have changed in the past two years. Notably, Facebook has gotten much better at facilitating sharing — hello Like button. And when you do that with 750 million users, sharing will happen.

Meanwhile, posts like this one show Google already has a team working on a strategy for how brands and companies (like TechCrunch) can best facilitate sharing on Google+. They expect to begin testing this shortly — believe us, they’re rushing to get this done ASAP.

The Google assault in this social sharing war is now well underway. They’ve failed in the past with Buzz, but Google+ is clearly much better than Buzz. And while the +1 Button on the web seems fairly useless right now, when they further tie it into G+, the sharing situation will get really interesting.

With another party actively engaged, the question will turn to which of those sharing buttons will you choose to click on? Some people do all of them now. But that won’t last forever. The social sharing war is on.