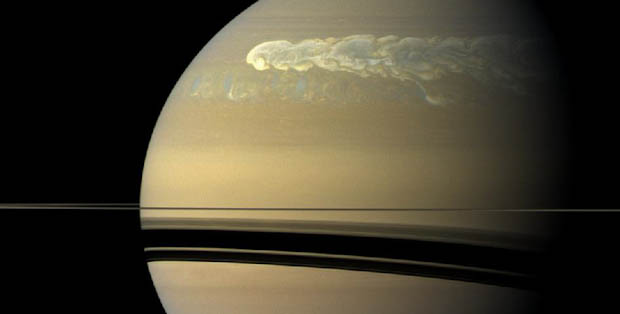 Think Arizona’s dust storm was huge? Check out the Great White Spot on Saturn. What first started as a small but bright dot last December, has grown to a massive storm that is currently encompassing a vast part of the planet’s upper half. The Cassini spacecraft first picked it up on December 5, 2010 and then astronomers then noticed the bright dot. Cassini then observed lightning strikes 10,000 times stronger than what happens here on Earth. Saturn is known for its violent, long-lasting storms, but this is the first major event recorded in the planet’s northern hemisphere. [NASA]