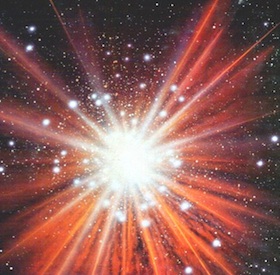 Back in March of last year, we noted that Google Buzz, Google’s shiny new social network at the time, was getting smoked in terms of referral traffic sent our way, by a dead man, FriendFeed. It turns out, Google’s own Analytics service was undercounting Buzz because it resides in Gmail, which uses HTTPS and strips out referral information. In other words, most Buzz traffic could only be inferred, not seen. Still, after months of looking over the data, I’m not convinced that Buzz actually sends any amount of meaningful traffic whatsoever. The same is not true of the newly launched Google+ so far.

Yes, it has only been out for a week at this point (and is still only available to a very limited number of users), but based on what we’re seeing, the social network is already sending a large amount of traffic our way.

How large? Well, since its launch last Tuesday, Google+ has already cracked our top ten referring sites. It currently resides just behind Digg in that timespan. If you narrow that down to just count July so far (a few days after launch, so more users had time to sign up), the numbers are even better. It would already be the number seven referrer, just behind Hacker News. And it’s already a fifth as large as the leading social referrer, facebook.com.

But wait, Google+ also uses HTTPS, so isn’t it being incorrectly counted as well? No — Google has learned from the previous Buzz mistake (and taken a page from Facebook), and now redirects all outbound links through a non-secure google.com address to capture the traffic. As Louis Gray pointed out a couple days ago, the URL you should look for in your logs is “http://www.google.com/url?sa=z” followed by a unique content code. If you click on any external from G+ and look quickly, you’ll see these URLs flash in the address bar.

The amount of inbound traffic we’re seeing from Google+ is pretty crazy considering that we’re not even officially using it to share links yet. On both Facebook and Twitter we send out links to our followers and this leads to most of the click-backs (either directly or by re-sharing). On Google+, we’re not doing anything yet, it’s all happening from others sharing our links organically.

Other publications must be noticing the same thing, as they’ve set up official accounts for Google+, as Zach Seward notes here. We reached out to Google in order to do the same last week, but they told us that “it’s not quite ready for businesses”. They also pointed us to their policy wording, stating that anyone who signs up for Google+ must do so with a real name. It would seem that Google is still exploring the best way to handle this type of mass sharing for now.

After we pointed out a these others signing up with business names, they confirmed that they’re not banning anyone for doing it right now, but warning that if we do set one up, we’ll have to make a new profile once Google+ for Businesses is ready. But who knows when that will be? It seems that this early opportunity for publishers is one that you can’t sit on the sidelines for. While G+ may have been conceived as much more than a link-sharing service, so many people are using it for just that now. And the re-sharing going on is massive.

Google Buzz was and continues to be a black hole for publishers. But Google+ is a big bang.