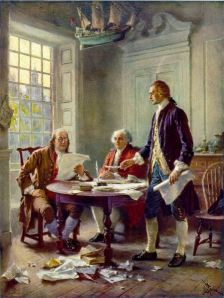 Dave Chase is the founder and CEO of Avado, a TechCrunch Disrupt NYC finalist. Previously he was a management consultant for Accenture’s healthcare practice and was the founder of Microsoft’s Health business. This is Part I of a two-part post. You can follow him on Twitter @chasedave.

The scale of the Do-it-Yourself (DIY) Health Reform movement is dramatically bigger than I realized when writing about how that movement could affect the Talent Wars taking place in the tech community. So much so that I’m convinced we’re on the cusp of the third, and by far the biggest, major wave of Health IT. The first wave was the introduction of mainframe/minicomputer based departmental solutions. The second wave was characterized by client-server systems and a greater degree of integration across the healthcare enterprise, though still limited between healthcare organizations.

Neither of the first two waves dramatically altered the landscape for healthcare. In contrast, the third wave will fundamentally alter the competitive landscape. Healthcare’s hyperinflation has ignited the DIY Health Reformers to declare what amounts to a Declaration of Insurance Independence. While the reformers recognize insurance plays a vital role for managing high risk events (house fire, car accident, cancer), the fee-for-service model underlying insurance in day-to-day healthcare has created what translates into a 40% “insurance bureaucrat tax” that they want freedom from.

The summary of the Declaration of Insurance Independence is as follows:

Healthcare’s perverse incentives and an accompanying stifling bureaucracy driven by encumbering day-to-day healthcare with insurance has caused hyperinflation that is crushing family, employer and government budgets and holding back job growth. This must be stopped. Citizens and healthcare providers are doing exactly that, however counter-productive insurance regulations are impairing the ability to expand upon health plans shown to reduce costs by 40% or more.

We, therefore, declare that:

The exciting thing for the tech community is it will transform a moribund sector of technology (Health IT) by catalyzing entire new categories of software required by the new care and payment models that the DIY Health Reformers are aggressively pursuing. At the time I wrote the DIY Health Reform piece, I was aware of some of the innovative new models and organizations. I’ve since learned of far more and that is amplified by traditional powerhouses in Insurance and Pharma establishing new divisions to pursue the fundamentally altered landscape (e.g., insurance companies setting up multiple lines of business that are non-insurance offerings focused on wellness; 97 new initiatives in the Pharma industry in 2010 to pursue what they call “Pharma 3.0” which is focused on outcomes rather than pills).

Interestingly, I learned that at least one of the biggest insurance companies is already doing what was laid out in the DIY Health Reform piece. That is, for the insurance company’s employees they use health insurance what it’s best for — covering rare items that don’t happen to most people — while complementing that with a Health Savings/Reimbursement Account that uses pre-tax dollars to pay for day-to-day healthcare items. Progressively, employees learn the paradox of healthcare — spending more on healthcare often leads to worse outcomes.

Cautionary Tales For Healthcare Companies from Telco and Newspaper Industry

Just as mobile technologies have fundamentally reshaped the telecommunications industry, there’ll be an equally radical transformation of healthcare. Legacy Telcos had to fundamentally transform themselves. Those that didn’t became an artifact of history. With the transformed healthcare ecosystem, there are requirements for entirely new categories of software that a new generation of startups will develop. By definition, current Health IT is designed for the legacy care and payment models and thus don’t effectively support the new models.

The new models have demonstrated compelling results unheard of in healthcare where health outcomes are improving while costs are being dramatically reduced. One can’t help but be optimistic when studying the results of Patient-Centered Medical Homes (PCMH). For example, there’s been a 40-80% reduction in the most expensive facets of healthcare (surgical, specialist & ER visits) in one group of 3,000+ patients that mirrored the population as a whole. Further, a pilot program in Ohio with Medicaid diabetics that scaled could save Ohio $500 million annually. Or consider the case of Denmark that was the first country to broadly adopt the PCMH model. It’s been so successful, they have reduced the number of hospitals in that country by over 50% and are projecting another 40% reduction as they simply don’t need that many hospitals anymore.

There’s a striking parallel with the newspaper industry during the rise of the Internet in the late 90’s. While they should have been aggressively transforming themselves into modern digital media enterprises, many were investing in new capital infrastructure such as printing plants. Just as printing presses and delivery infrastructure are the most expensive way to deliver media to consumers, the current “arms race” of building new hospitals and healthcare facilities is the most expensive way to deliver healthcare.

The newspapers saw digital as an adjunct sidelight to their core business rather than the future.  Likewise many health systems are taking steps such as acquiring medical practices and bolting on so-called “patient portals” primarily to support/defend their acute care facilities instead of as a fundamental rethinking of what value they bring to the community. If ever there was an industry that should understand that it’s far more effective to treat the underlying “disease/condition” than to treat the “symptom,” it should be healthcare. For a chuckle, watch videos of how air travel or a coffee shop would work if they were like healthcare to see how absurd the legacy model is working in healthcare. Fortunately, the innovators are rethinking, rather than tweaking healthcare delivery.

In Part 2, I will outline the following: