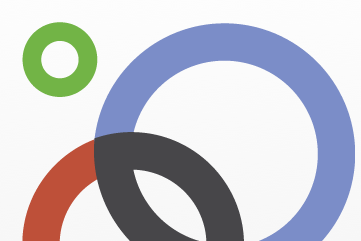 I actively think about how to create content and the right audiences for it. When I’m hiking, I take pictures of trailheads, forks and other things that are visually uninteresting. I also carry a GPS with me so I can precisely geotag each picture. I do it because it’s valuable to an EveryTrail user in determining how to hike the trail. When I upload the pictures from the hike to Facebook, those waypoint pictures aren’t included. Yes, I’m a dork.

Given the level of control that Google+ is offering, I should be thrilled with this great new tool. But I’m not.

It solves the wrong problem, particularly with Google Circles, the Google+ feature that lets you share different things with different groups of people. And it doesn’t do anything to solve the biggest problem with social networks today: increasing the signal to noise ratio.

Google is absolutely right when it says that there are multiple circles in people’s lives. There are certainly many in mine. The way I’ve solved it to date is to just use different social networks for different social circles. I’m careful about who I accept into different groups. For example:

This separation also makes it much easier for me to ensure that content doesn’t get shared to inappropriate audiences. I don’t have to worry about flubbing a privacy setting. I also don’t have to worry about flooding my friends with irrelevant content. Most of the content from the Groupon series, for example, hasn’t been posted to my Facebook because my non-Internet friends couldn’t care less about it. I know if I post on Twitter, it is going to be shared with the world.

I could segment the content within Google+. For each post, I could say include circles “Business”, “Internet famous” and exclude “Personal friends”. But that requires a lot more thinking than just going to Twitter for business stuff or Facebook for personal stuff.

When people compare Circles with Facebook, they often think of lists. (Which almost no one uses.) But they forget about networks, which cover the most important use cases for segmenting people. School and work are two of the biggest buckets. If I want to share things with just the Northwestern network on Facebook, that’s a piece of cake. As a bonus, I didn’t have to put those people into buckets.

For people who care about the segmentation that Google+ offers, they are already doing it using different networks. 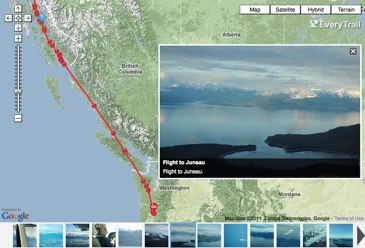 Specialized networks like EveryTrail provide interesting tools for visualizing data. I love this visualization of a trip I took from Portland to Juneau. Google+ doesn’t eliminate the need for vertical tools like this.

Platforms like Quora, Namesake and the disqus blog network enable me to reach wider audiences. Google+ doesn’t aggregate audiences for me around topics.

As a content creator, my reward is the interactions I have with people who consume my content. I’ve written more about Google+ on Twitter and in this post than on Google+ because people are reading it on these platforms. Until I have an audience on Google+, there’s no reason for me to post there. (Especially because people who are there already follow me on other channels and would then see duplicate content.) But if I don’t post there, I probably won’t build an audience. 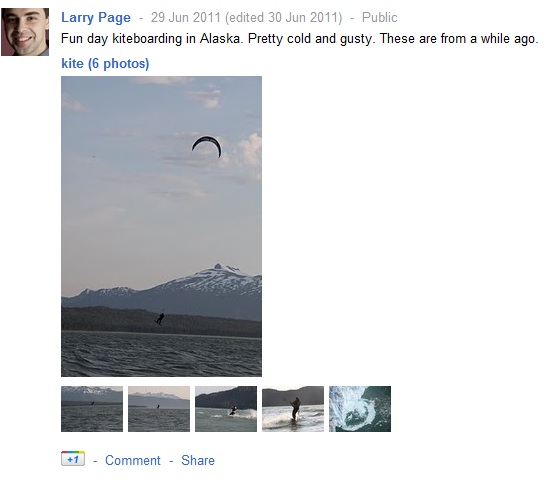 The physical world has different environments. We hang out with our friends at bars and restaurants. We hear Important People speak in lecture halls and auditoriums. To a large extent, these kinds of distinctions remain in the online world. Facebook is the neighborhood bar and restaurant. It’s built on reciprocal relationships. Twitter is the lecture hall. It’s primarily focused on asymmetric relationships. Twitter has even acknowledged that it’s OK to view it as a publication medium instead of a communication medium.

That’s why it’s discombobulating to see these come together in Google+. I’ll see a message about my friend Wanita’s travel plans next to pictures from Larry Page’s Alaskan kiteboarding adventure. If I comment on Nita’s travel plans, I’m confident I’ll get a response. That’s not nearly as likely if I comment on Larry’s trip. (For those that don’t know, Larry and I were in the same high school class — we used to debate Amiga vs. Mac and talk about googol.) I can’t think of many real world equivalents where you have such disparities in relationships next to each other. It’s jarring going back and forth between these worlds.

Anybody knows, you gotta keep your worlds apart. — George Costanza

Google has taught us to be lazy.

Before search became prevalent, I manually maintained a list of bookmarks. These were categorized and I spent a lot of time on it. With the rise of Google, I hardly use bookmarks. The top query terms on any search engine are inevitably terms like “ebay,” “amazon,” and “facebook” as people have relied on search to do all the work. You don’t even have to know how to spell. I blame Google for my inability to spell Albuqerque, despite several recent trips there.

Before Gmail, I would diligently categorize my email. It was the only way I had any shot at finding something when I needed it. Now if I’m looking for the receipt for my camera, I just type “Amazon Nikon” into Gmail search. The same applies for contacts. My phone number and other contact information is on the bottom of most emails I send. If someone wants to reach out, all they have to do is search for a recent message.

Gmail’s slogan was “search, not sort.”

Now Google is telling us that in order to make the most of its new product, we have to manually sort our friends into buckets from the beginning. The algorithmic magic  that Google is known for doesn’t apply here. (I’m sure this is in part the result of Google’s Buzz and StreetView privacy fiascos.)

There are ways to automatically bucket people without the privacy concerns. If someone has already gone through the trouble of categorizing contacts in Gmail (as this dork has), those should be applied as circles when a contact is added to Google+. If Google is making suggestions based on connected profiles (such as Twitter or Quora), those source names should also be applied as circles.

The biggest unsolved problem in social networking remains unsolved with Google+: separating signal from noise. Twitter, it seems, doesn’t even want to try. The timeline is as dumb as it has been since the beginning, a reverse chron firehose of information. Facebook’s feed has improved over the years, but a friend in New Jersey trying to get rid of a bookshelf is just not relevant.

The lack of quality tools for generating signal out of these feeds is inhibiting the creation of content. People are multidimensional and manual segmentation at the person level isn’t enough. I create content about a lot of things, including social networking, mobile, daily deals, my travel, my reading and more. But as I was reading Onward, I shared less than I would have because I didn’t want to flood people’s streams. If I annoy people, they have a blunt tool to fix it: unsubscribe entirely. So I mitigate my posting.

One person I follow on Twitter actually tags most of his posts. I’m interested in his content on tech, business and aviation. But I couldn’t care less about his Chicago tweets. So far, I haven’t seen a tool that would learn that and automatically skip them.

Separating signal from noise and ranking disparate pieces of content is a problem that is squarely in Google’s wheelhouse. The only company I’ve seen that has done a good job at amplifying signal is Quora.

What Problem Does Google+ Solve?

My first rule of product design is that people are lazy, vain and selfish. Google+ clearly fails the first test.

Google+ is an ambitious, competent product. If it had launched 3 or 4 years ago, I would have been a big fan. There are aspects that I really like, such as the photo viewer and hangouts.

But those aren’t enough. Google is in the same position in the social networking game as others are in the search space. There are brand and network effects at play. In order to gain traction, it can’t be marginally better. It has to be massively better.

A friend asked me what problem Google+ solved. The only answer I could come up with was the problem that Google didn’t buy Twitter 3 years ago.