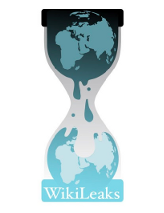 WikiLeaks and its credit card processing partner Datacell have just announced their intent to file suit in the EU against credit card companies Visa and Mastercard for blocking donations to the service last year.

In early December the two payments companies cut off all payments to the relatively quiet as of late organization, with Mastercard citing that its “rules prohibit customers from directly or indirectly engaging in or facilitating any action that is illegal.” The legality of WikiLeaks itself is still a matter of debate.

However, Visa and Mastercard were not alone in withdrawing their support, as both PayPal and Amazon also pulled their services from WikiLeaks, which facilitates anonymous leaks of sensitive information including hundreds of thousands of diplomatic cables. WikiLeaks does not mention Amazon or PayPal in the suit.

WikiLeaks is holding that the PayPal and Visa blocks count as “anti-competitive” and violate Article 101 (1) and 102 of the EU competition laws, seeking to file a complaint in the Danish Maritime and Commercial Court. As of yet, according to the release, that complaint has not been filed.