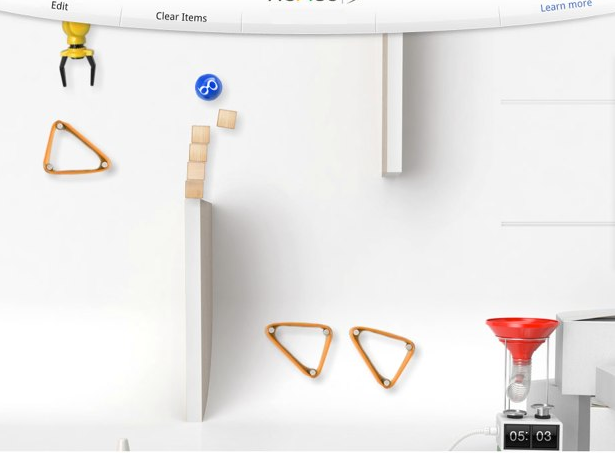 Here’s a good way to spend the last few hours of your work week as we head into the long holiday weekend: Google has just launched a new game called Nexus Contraptions. It’s full of slick graphics, physics, and gadgetry, and while I’m not entirely sure what it has to do with Android, it’s fun.

The game is similar to a handful of games you’ll find on Android and iOS (or, for your old-school gamers out there, The Incredible Machine). You’re tasked with getting a ball to a special funnel by constructing a Rube Goldberg-esque machine filled with bouncy things, fans, and magnets.

The balls are supposed to represent some of the Nexus S’s features, including Maps and Search —  as you complete each level, the ball gets pushed into the phone by a giant robotic arm. I haven’t finished the game yet, but I’m sure a stirring conclusion awaits those who do. Or maybe you’ll get to watch a Nexus S ad. Charge forth!