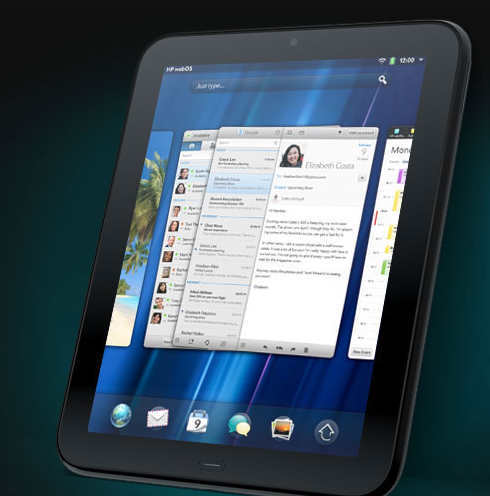 In John’s review of the new HP TouchPad, he claimed that “WebOS is the real star of this show. The OS offers true multi-tasking and uses a system of “cards” and “stacks” to display active applications.” I think it’s worthwhile to remind everyone that WebOS is built atop the Linux kernel, and that has several interesting ramifications. HP has continued Palm’s dedication to user experience, and WebOS should make it abundantly clear that “Linux” need not be synonymous with “complex and arcane”. But there’s a lot more than just superficial window dressing to consider.

HP could have chosen to use Android for their tablet. It would not have been a bad decision, really, but by buying and continuing to develop WebOS, HP is using Linux to better control their own destiny. Jim Zemlin, director of the Linux Foundation, says he sees this “as an anti-Microsoft decision so that they no longer need to rely on a third-party and be beholden when making important business decisions.” This tactic has been tried many times in the past: old-timers will remember various OEMs shipping DR-DOS rather than MS-DOS, and OS/2 rather than Windows 3.1, to fight the Redmond hegemony. But WebOS, and the proliferation of small mobile computing platforms (tablets, phones, printers, etc), allows HP to really own their whole stack, which allows them provide the best experience to their customers according to their own corporate vision.

However, as I have said for years, IT is shifting from a product industry to a service industry. If you want to make money on services such as music, apps, ads, or more, it helps to be able to own your own platform. In particular, for a large company like HP this strategy keeps them in the game as opposed to conceding their destiny to Microsoft, or anyone else for that matter. Linux is the only way to get there quickly and economically.

I don’t know that I agree with the broad statement that “IT is shifting … to a service industry”, but I do think that consumer electronics and consumer computing are definitely shifting that way. Apple has blazed a trail with the commoditization of apps, very few of which they create themselves but from which they earn enormous revenues. Amazon is hot to get it in on the apps game. The Online Triumverate of Apple, Google and Yahoo are all trying hard to get human beings to part with their dollar bills by providing interesting online music services.

In this context, HP is the old dog, still selling boring old computers and printers for people to plop onto desks. WebOS offers HP a real chance to compete in new ways by creating their own ecosystem for services. It’s not too hard to see HP leveraging WebOS in interesting ways for their server market, too.

WebOS under Palm didn’t get much traction. It was announced too early and released too late. It was put on underpowered handsets with poor batteries. It lacked the alarming number of flatulence apps that made the iPhone the sensation that it is. Presumably HP can throw more brainpower at WebOS than Palm ever could, so there’s a real chance that WebOS will actually thrive this time. HP can set up the requisite app store. They can develop clever — and useful — ways to integrate multiple WebOS devices in your home. In short, they can do whatever the hell they want.

I don’t know that HP has the savvy to pull off any kind of real revolution. HP is a huge company with their fingers in a dizzying number of channels, and they’re not perceived as having the same kind of cool or attitude that Apple and Google have. Maybe WebOS can give them some of that cool. At the least, it should help them continue to be a relevant, if not dominant, player in the consumer computing space.