A Colorado cleantech venture, Luca Technologies, filed an S-1 today revealing its intention to go public, and raise up to $125 million (though that number could vary with the receptivity of the market by the time they actually go public).

The company stimulates microbes with a “proprietary formulation of nutrients,” in already-drilled natural gas wells, which enables the wells to produce more methane, the primary component of natural gas.

Luca Technologies owns and operates wells and infrastructure, then sells natural gas into existing markets. Its end users include power utilities, and government entities that use natural gas for power production.

“Our technology activates the microbial communities that are already native in substrata [of existing natural gas wells]. We restore those substrata with water that has nutrients in it— like yeast extracts, some acetates, and stuff you could put into processed food today— which is fully consumed by the microbes, and then as a result, they produce natural gas. This does not require new wells or ‘fracking.’ 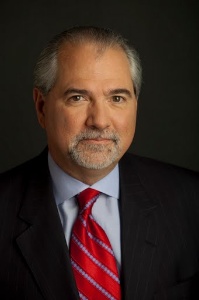 There are tens of thousands of wells in places like Wyoming and New Mexico, about half of which have been shut down because they were depleted… If we can restore those, recycle and not degrade the water there, but still produce natural gas, that’s sustainable. I think of it like farming natural gas.

We’re definitely economic versus big shale gas wells that are drilled for millions of dollars. The more gas we can produce, the more independent we can become of Middle Eastern oil.”

Cavnar is a serial energy entrepreneur. He survived a gas well pit fire in 1981, which he wrote about on his blog DailyHurricane.com, and in his book Disaster On The Horizon.

Why is Luca considering the IPO? Cavnar said:

“We have a growth plan that involves acquisitions of wells. [Going public could] provide us a source of capital that can take us to that commercial trajectory where we can deploy our technology at scale…”