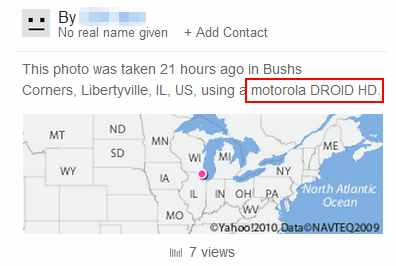 A picture on Flickr (which I can’t find and therefore can’t confirm) has apparently been spotted by PocketNow with “motorola Droid HD” listed as the camera. Oh my god, it’s a new Droid with a 1280×720 screen, like that in the Nexus Prime and other upcoming superphones!

Or… someone has been messing with EXIF data, or (as the picture was taken near the Motorola campus in Illinois) it could be a test platform for new Droid-standard HD camera hardware. One data point isn’t much to go on.