“The future is the web.” So goes the mantra that seems to be echoing throughout Google, Facebook, and plenty of smaller tech companies that view the web as the solution to sidestep the fragmentation created by native app platforms. And they’re almost certainly right.

But the web still has a long way to go — it’s quite rare to come across web applications that feel anything like their desktop counterparts. Now San Diego-based startup OpenCandy thinks it has a solution: a new product called Pokki that bridges the gap between the browser and native applications. In other words, they’re offering web apps that are a lot more convenient than web apps.

First, some logistical news: up until now OpenCandy’s only product has been a native application installer for Windows that upsells users on high quality apps (it’s a little controversial — you can find our past coverage right here). In light of today’s new product launch, OpenCandy is changing the name of the company to SweetLabs (the installer is still called OpenCandy).

So what exactly is Pokki? It’s a framework built on Chromium that allows developers to build basic applications using standard web technologies, but with a few key additions. First, these applications support nice notification tags in the menu bar (similar to iOS’s badge system). They’re also handy by design — click one, and it will pop up in a small window that you can use to access your Facebook wall, Gmail inbox, or whatever other application you’ve installed. Click outside of the Pokki, and it disappears. It’s very lightweight.

Pokki is initially offering a set of eight applications to users, including apps for Gmail, Facebook, Groupon, eBay, the WSJ, Living Social, and Twitter. That’s a solid start, but today’s launch is primarily about introducing developers to the Pokki SDK, which isavailable beginning today, and will let developers turn whatever website they like (provided it has an API) into a Pokki. Note that most of the Pokkis launching today were built in-house by SweetLabs.

To use Pokki, users have to install the basic framework first, but this will come bundled with all Pokki apps — the company expects users will download a Pokki from one of their favorite sites, and then continue to add more using the integrated Pokki app browser. The apps are launching with support for Windows today, with Mac and Linux support coming down the line.

Pokki is far from the first project that’s looking to bridge the gap between web and native applications. You may have heard of Fluid, which does something similar for the Mac. And, to some extent, this is also competing with Google’s Chrome Web Store, which is also in the business of distributing web apps.

But Pokki’s focus on these quick, nimble applications (at least to start with) may give it a leg up. I could definitely see myself using a Pokki app to check in on the daily Groupon deal or Facebook News Feed update without having to fire up a new browser tab. And I’m not the only one: Pokki has tested the apps with “a large social games company” with very encouraging results. This sort of thing seems tailor-made for giving CityVille addicts a way to quickly check in on their towns without having to actually visit Facebook. 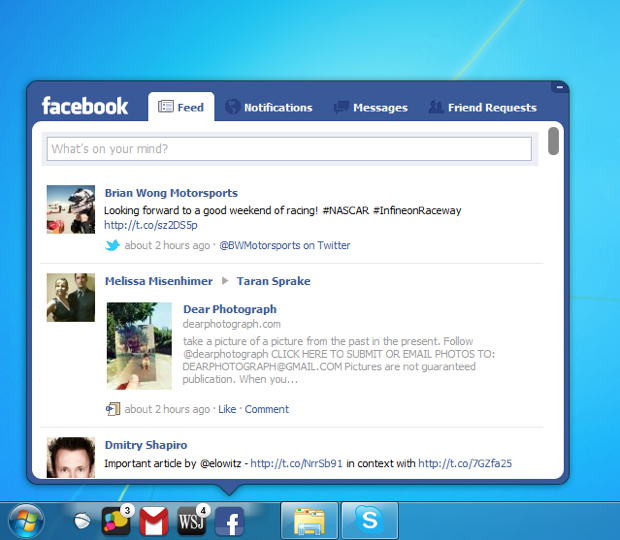 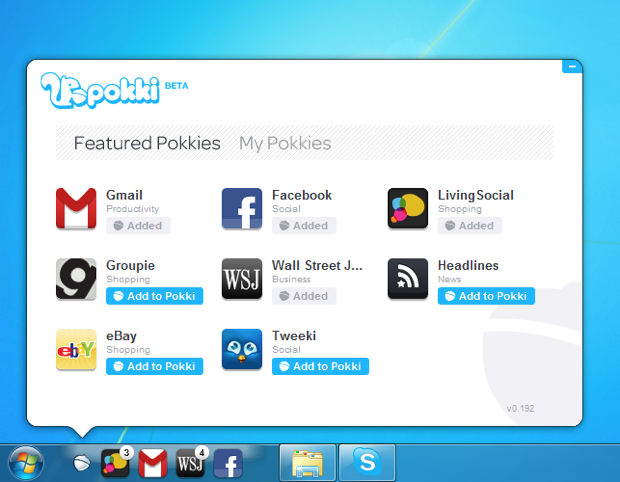