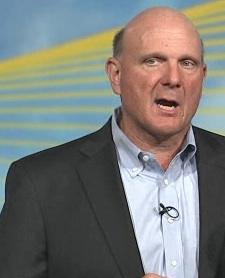 At a press event in New York City, Microsoft CEO Steve Ballmer rolled out the general availability of Microsoft 365, an online suite of productivity apps which includes Microsoft Office, Microsoft SharePoint Online, Microsoft Exchange Online and Microsoft Lync. It is “where Microsoft Office meets the cloud,” he says. Microsoft first announced Office 365 last October, and has signed up 200,000 business customers since then.

Office 365 is all of Microsoft’s cloud productivity apps rolled into one service. It includes Web-based email, shared documents, shared calendars, instant messaging, video conferencing and Web meetings, and websites. Customers can pick and choose which apps they want and pay a monthly subscription from $2 to $27 per month.

Microsoft is targeting small businesses with Office 365 and is going up against Google Enterprise (which includes Gmail, Google Docs, Google Calendar, Google Talk and Google Sites). When it comes to the cloud, Microsoft is playing catch-up. Google Apps are used by more than 3 million organizations.

Microsoft plays to its strengths by taking advantage of the billion people who already use the desktop version of Microsoft Office, with seamless transitions between the online and desktop versions. You can save a document to your desktop, keep working on it offline, and then sync the changes back to the shared document. The site editor uses familiar word processing UI metaphors to make it easy for anyone to create a site. The video conferencing and online meeting apps integrate PowerPoint and other Office apps. 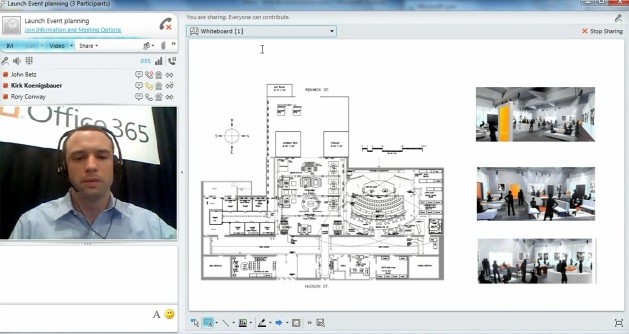