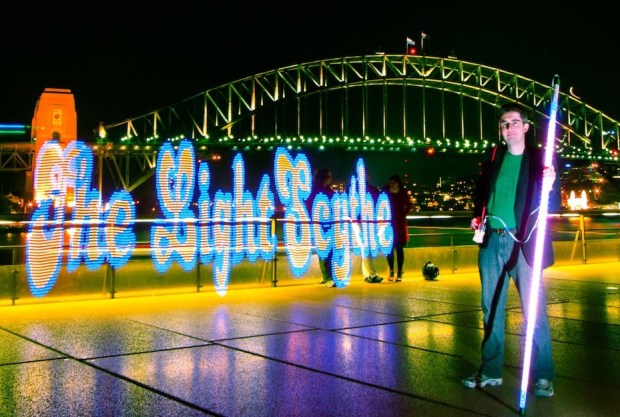 You’ve probably seen a few little gadgets and apps where you can wave it around and it spells something out on a long exposure, or draws a little picture. Pretty cool, but they’ve all been somewhat small — mainly good for painting stripes or single lines of text. The Mechatronics Guy’s “Light Scythe” is a two-meter bar covered in LEDs, and can be used to make man-sized graphics by moving it around in a long exposure.

It’s powered by Arduino/Seeduino hardware: you put together the graphics on a laptop, the signal gets sent to the separately-driven LED stick, and it displays it at whatever rate is necessary to make the image appear correctly during, say, a 10-foot walk and 8-second exposure. 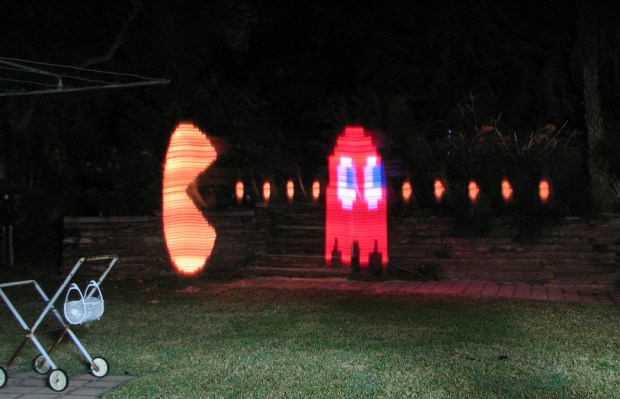 Pretty cool little project. Instructions to create it and links to where you can buy the pieces can be found at the Mechatronics Guy’s site, and more pictures are in this Flickr set.