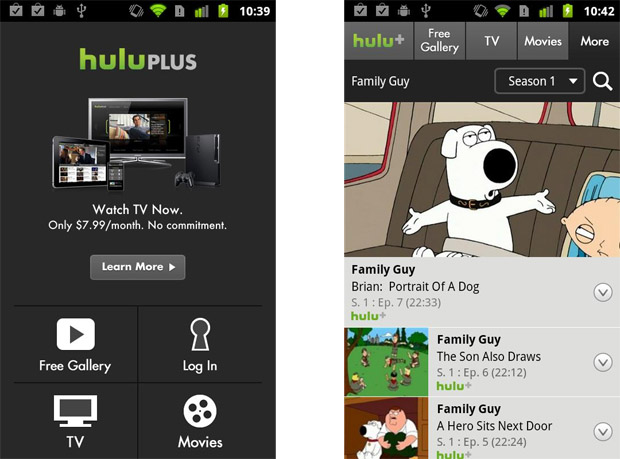 Tired of not being able to get your on-the-go Modern Family fix from Hulu just because you’re rockin’ an Android phone rather than an iPhone?

Fret no longer! Hulu Plus for Android has arrived. Sort of.

As is par for the course with video streaming apps on Android these days, Hulu Plus for Android is starting its life on… a very select bunch of handsets. Of the many dozens of Android devices floating around out there, Hulu Plus will initially support six: Nexus One, Nexus S, HTC Inspire 4G, Motorola Droid II, Motorola Droid X, and the Motorola Atrix.

Hulu says that “additional devices will be announced throughout the year” — but unless you’re sporting one of the more popular US handsets (like, say, the EVO 4G or the Droid Charge), I wouldn’t get my hopes up.