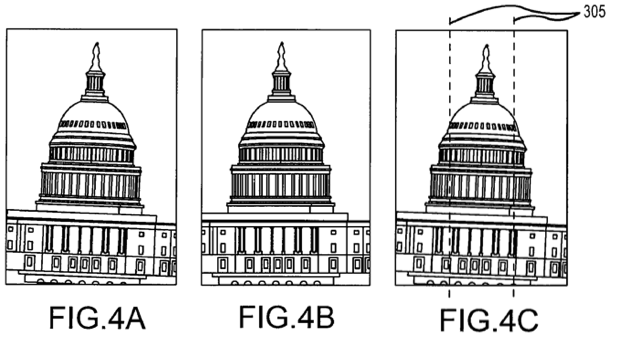 More patents from Apple, adding to the rumors that the iPhone 5 will have a significantly upgraded camera. Today’s patent, filed on December 22nd, 2009 (and not yet granted), is about making automatic corrections to an image based on distance and orientation measurements taken within the device. There are plenty of filters and tools for this purpose in image editing programs, but I don’t recall ever seeing on-device correction.

The process is fairly straightforward, and interestingly, relies primarily on hardware to determine correction, rather than processor-intensive image analysis. Orientation data would be taken from accelerometers or an additional device attached to the image sensor. Distance could be determined ultrasonically, though I’m not sure I believe that Apple would go that far in support hardware. 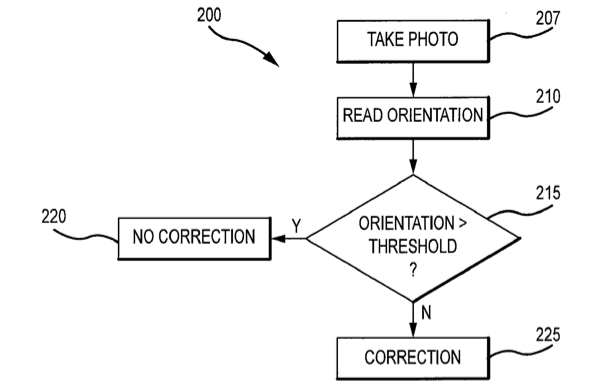 The effect would be to straighten your picture or re-distort the perspective to create a more even image. Again, standard stuff in Photoshop and Lightroom, but in-camera, not so much. One problem: these are destructive changes, not metadata, as the workflows they describe seem to come before the encode/write operation.

Some people might think this will lead to lazy photography, but the fact is on such a small and light device as an iPhone, and with its natural tendency to lag a bit before exposure, it’s not always easy to get alignment just right. And it’s just something you’d correct in post anyway. Whether (and how) this will actually be implemented is unclear, though, as it implies some fairly serious hardware changes. We’ll be on the lookout for more info.