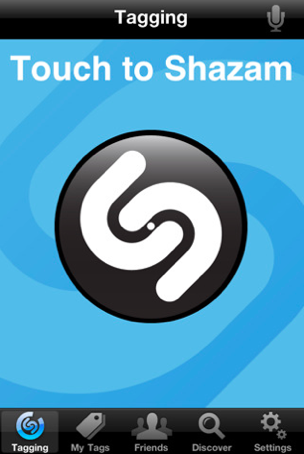 Shazam, the application that lets you identify nearly any piece of recorded music by holding your smartphone within earshot of a speaker, is swinging for the fences: the company has just raised a new $32 million funding round led by Kleiner Perkins Caufield & Byers and Institutional Venture Partners, with participation from DN Capital.

Shazam surged to popularity on the iPhone and is now also available on Android, Java, BlackBerry, Windows, and Symbian, and has been used by nearly 150 million people since the application launched. And its growth isn’t showing any signs of waning: the company says that it’s seen weekly installs double over the course of the last year, and that users are now tagging four million songs per day.

But music is only the beginning for the company — next, they’re taking on television.

Through a program aptly titled Shazam for TV, the company is working with select partners including MTV, NBCUniversal, and various advertisers to integrate Shazam with their content. TV shows are prompting users to ‘Shazam’ a certain segment by firing up the app and holding it up toward screen, and ads are beginning to do the same (see the video below for some demos).

Once the app recognizes what the viewer is watching, it can present them with any number of things: information about the scene they’re watching, special deals, and other related content. Shazam isn’t the only one using this kind of technology, though — a startup called Intonow also does something similar, and just twelve weeks after it launched, Yahoo acquired the company.

Given the traction Shazam for TV has gotten already it seems like content providers are happy with the results (after all, it isn’t trivial for them to actually embed the ‘Shazam this!’ prompt during a show). I’m curious to see if it lasts: there’s obviously a novelty factor at play, and eventually users are going to expect compelling content each time they ‘Shazam’ a show or commercial. If they’re just getting ads, they’ll probably stop doing it.