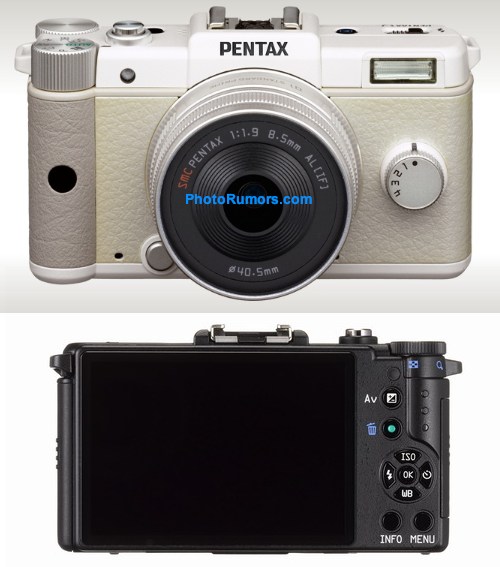 It seems someone hit the “go” button a little early over at Pentax, as for a few brief minutes a new camera called the Q appeared, with pictures and specs. It’s an interchangeable lens system with a rather small sensor (1/2.3″, which is what’s in many point and shoots), though unfortunately no information on the new lens mount (called Q as well) other than the one on the camera in the picture, an 8.5mm F/1.9.

The price is supposedly $800, though it’s not clear whether that’s with a kit lens or no. I’ve got to say, that off-white color is pretty nasty. Give me good old black/silver any day. I’d expect an official announcement shortly.