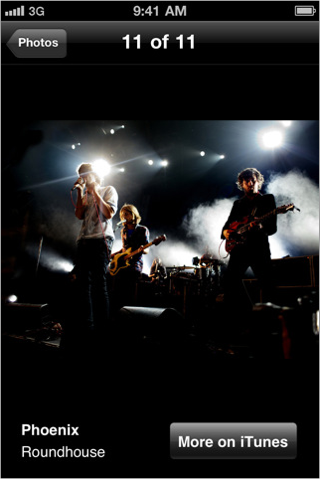 Since 2007, Apple has hosted the iTunes Festival in London. And why wouldn’t it? For most, iTunes is the go-to one-stop shop for all the music we could ever want, so an annual music festival in its honor is only fitting. If you’re interested in checking out the show, or simply just want to keep up with the festival, Apple has just released its iTunes Festival app for free on the Apple App Store.

The festival will be held at The Roundhouse in North London and see the likes of big name artists such as Paul Simon, Linkin Park, Coldplay, Foo Fighters, Jimmy Eat World, plus quite a few others. In total, the festival will feature 62 artists over the course of the month of July.

The iTunes Festival app will offer live streaming video of the festival, as well as on-demand versions of the performances that are available for a limited time. Until July 1, the app can keep you in the loop on the festival’s calendar and the performance lineup. The app is available for both the iPhone and the iPad, and is compatible with AirPlay. So if you have an Apple TV, feel free to sit back and relax while you watch Linkin Park rock out on the big screen.