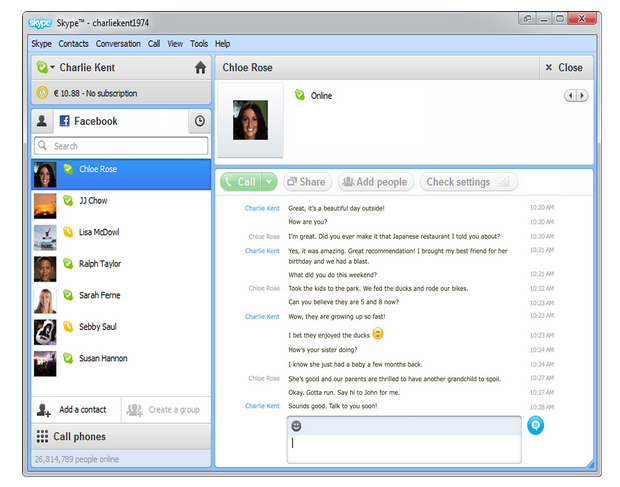 This morning, the company (which has been acquired by Microsoft in the meantime) released Skype for Windows 5.5 Beta, which now also lets you have instant messaging conversations with Facebook friends directly from the desktop client.

Other enhancements include a new ‘Call Control’ toolbar, improvements to the saving of a phone number in the “Call Phones” section and a number of UI changes.

Skype says the final version of the client will be released ‘soon’.