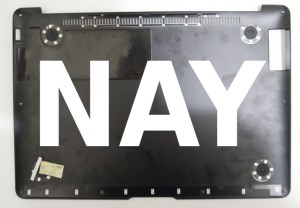 It’s okay to be excited by the idea of a Blackbook Air. It would be nice, right? But as it turns out, the pictures and rumors going around the net are no more than an internal experiment that didn’t turn out so well, according to an Apple employee who wrote to MacRumors: “We tried to powder coat the Air’s (and Pro’s for that matter) in black as a test run… The coating looks good and holds up well, but it also soaks up body oils, making the palm rest look pretty gross.”

So much for that! No word on the rumor (solid in my opinion) that the new Airs are being held until they can ship with Lion.