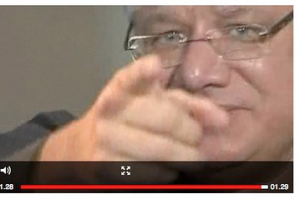 We all know that RIM isn’t having the best year, but there’s still one little ray of gleaming hope left for the company: forthcoming BlackBerry smartphones. RIM has a new QNX operating system in the works that is set to release in 2012, and it is expected to put an end to a year’s worth of disappointment. Until then, its upcoming smartphones have to sell well to keep the company above water.

Obviously, RIM is well aware of this, and is reported to be taking extreme measures to get those phones up and running. BGR’s “trusted source” claims that RIM has been bullying carriers into approving devices earlier than they are ready.

Basically, whenever a manufacturer wants to release a phone, it first must internally test the OS software build, or bundle, and then send it off to be tested by carriers as a Technical Acceptance candidate. The carrier holds all authority when it comes to either accepting or rejecting a candidate, and if rejected, it can take weeks to rebuild, retest, and resend the bundle for a second round of Technical Acceptance phase testing.

The source, who is said to work at a “major carrier,” claims that RIM has been seriously pressuring carriers to approve forthcoming BlackBerry smartphones, such as the BlackBerry Bold 9900. RIM is also making sure that certain carriers approve the devices “no matter what […] with bugs and problems,” according to the unnamed source. And the carriers aren’t the only victims of RIM’s rushed mentality, as the source revealed that internal engineers are also facing pressure to deliver Technical Acceptance bundles despite serious issues with the OS. In other words, new BlackBerry smartphones will likely have the same half-baked feel as the PlayBook.

Interestingly enough, this has happened before. Just visit any BlackBerry support forum and you’ll find a host of different bug complaints across a number of different devices and carriers. This pressure is one reason why certain carriers launch phones before their competition – some give in to the pressure while others stand firm. For example, Rogers launched the BlackBerry Bold 9000 early, even though Technical Acceptance testing kept AT&T from releasing the handset until November.