Editor’s note: This guest post was written by Dave Chase, the CEO of Avado.com, a health technology company that was a TechCrunch Disrupt finalist. Previously he was a management consultant for Accenture’s healthcare practice and was the founder of Microsoft’s Health business. You can follow him on Twitter @chasedave.

Imagine something so insidious that it leads to the following: over 750,000 personal bankruptcies per year. In Bill Gates’ recent TED talk, he described it as the factor that is devastating education budgets and is leading to a pitting of old versus young; it impairs U.S.-based automakers by adding a $2000 “tax” on all of their vehicles; many believe it is the primary driver of the jobless recovery. Despite corporate profits being at record levels, many corporations simply aren’t hiring as a result. In the startup arena, it can keep people from moving to a startup.

What is it? Healthcare hyperinflation. It won’t be long before $1 out of every $5 in the U.S. economy is spent on healthcare despite the U.S. ranking 31st in the world in terms of health outcomes. Founded by Dr. Samir Qamar in Monterey, MedLion recently opened a clinic in the heart of Silicon Valley with a model that is revolutionizing how primary and urgent care are delivered (Disclosure: MedLion may become a customer of my company, Avado.com, which is why I am so familiar with it.) Their breakthrough model is enabled by disintermediating insurance companies from their encumbrance of day-to-day healthcare. This allows them to dramatically reduce the cost of day-to-day healthcare.

It is a relatively recent phenomenon to have day-to-day medicine paid for through insurance. Unlike all other forms of insurance designed for rare events, insurance became encumbered in day-to-day healthcare (i.e., we use insurance for the healthcare equivalent of getting one’s car tuned up where we wouldn’t dream of using insurance). The result has been what some call a 40% “insurance bureaucrat tax” unnecessarily adding to the nation’s healthcare cost burden.

Fortunately, pioneers such as Dr. Qamar have shown there’s a better way. Dr. Qamar originally setup a concierge medicine practice catering to the well-healed. He remains the House Doctor for the world famous Pebble Beach Resorts. As much as he has enjoyed his Pebble Beach practice, Dr. Qamar wanted to serve a broader population so he opened a practice with a dramatically lower price point. For only $49 per month and $10 per visit, MedLion is able to provide high quality medicine at a price point nearly any family can afford. 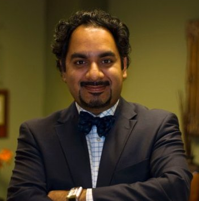 In fact, MedLion has plans to open another clinic in 2011 in a farming community in California catering to migrant workers who can have difficulty finding a family physician. Dr. Qamar states, “For the same amount they may pay in co-pays with an insurance policy, we can offer complete primary care without the added cost burden of insurance. We believe that a farm worker deserves access to primary care just as much as an executive at Pebble Beach.”

MedLion recently opened up a clinic in Mountain View, California in the heart of Silicon Valley. It’s apropos to open a clinic in Silicon Valley since technology a critical element of having a high quality at a low cost. Dr. Qamar has received inquiries from doctors all over the country seeking to replicate MedLion’s success. These leading doctors are thrilled to remove the yoke of insurance and work for their patients rather than a faceless insurance company.

Many view what Dr. Qamar is doing as simply going back to the Marcus Welby, MD model of a family physician. It hasn’t been without challenges though. MedLion has spent an extensive amount of time (and attorney fees) on setting up their practice model to avoid running afoul of California’s insurance regulations. States such as Washington and the federal health reform allow for direct primary care practices, but it hasn’t yet trickled down into California – ironic for a state known for innovation.

Dr. Qamar explained, “We hired experienced attorneys including the one involved in writing the law in Washington to ensure we were fully complying with the current regulations, however it would be nice if the folks in Sacramento would follow other states in supporting a model that has the potential to save California citizens billions of dollars.”

States such as West Virginia are ahead of California in supporting the direct primary care model. So much so that they are looking to move Medicaid patients onto this kind of model as a means of improving the health of their population while simultaneously reducing costs.

Part of MedLion’s value proposition has been availability to its patient base. Like many direct primary care practices, they find more than half of their patient interaction is via electronic means, as they aren’t forced by reimbursement rules to have a patient come to their office for something that could be done simply over phone or email. We want to be available for our patients whether they are in the Bay Area, Bali or Boise.”

What’s next? Like the Silicon Valley entrepreneurs MedLion now cares for, he has big plans. Dr. Qamar is focused on rapidly expanding his model by partnering with doctors throughout California and beyond. A past president of the American Medical Association once called the primary care physician the “quarterback of the modern medical team.” Yet, compared to their specialist physician brethren, they are paid like “Special Teams players”.

Dr. Qamar sees a resurgence of the primary care physician where the primary care physician can make a healthy living while not being shackled by insurance bureaucracy. “The gratifying part of being in a practice like ours is we can practice medicine the way we were trained while saving our patients a considerable amount. Many of my brethren in insurance-centric primary care share with me they believe they are only using 40% of their medical training when they are forced to have what I call ‘drive by’ interactions with patients. When they learn about how we practice, they are eager to transition their practices to our model.”

Studies have consistently shown that the higher the percentage a country or a county in the U.S. has patients with a “medical home” (i.e., one has a specific primary care physician they go to), the better the health indicators are. A byproduct of these better health indicators is less money is spent on healthcare. Denmark has had so much luck with increasing primary care that they have reduced the number of hospitals in the country by over half – they simply weren’t necessary anymore.

In the U.S., the early results are similarly promising. That is, by deploying a more primary care centric model, a pilot program is Ohio has shown it can save $500MM per year just in their Medicaid population with diabetes once they scale the pilot. As Bill Gates’ recent TED Talk on State budgets highlighted, these are monies that can remain in education rather than a further draining of education budgets. At a time when Silicon Valley needs more education, not less, this is critical for the future of the industry.

MedLion makes a Medical Home available to virtually anyone regardless of their income. This will help the U.S. match other parts of the world that outpace the U.S. in prevalence of Medical Homes that are so critical to improving the health of the population. Importantly, this will also dramatically lower costs when deployed at scale.