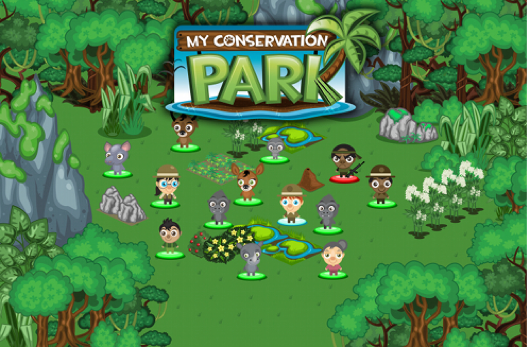 Combining social games with a cause has become a popular way to engage game players on Facebook with raising money for various philanthropic causes. For example, Zynga has raised funds via its games for the earthquake relief efforts in both Japan and Haiti over the past few years. Startup Good World Games is developing Facebook games devoted purely to marrying the power of causes with the viral explosion of social gaming. The startup’s first Facebook game, MyConservationPark, allows you to protect an endangered animal from environmental and human threats while enriching the park with fauna and flora to create a sustainable habitat.

There are 2 modes of Play in the game: Play and Decorate. In Play mode, new challenges constantly appear that you must overcome in order to save and protect your endangered species (i.e. there’s a fire in your park, hire a firefighter to put it out) In this mode, your eco-system and hero levels are affected by your success in conquering these challenges.

In Decorate mode, you can create a haven for your species and add people and creatures, trees, food and water, watchtowers and sheds, and arrange your park as you see fit. You can purchase virtual good such as park rangers, native species such as antelopes, structures such as watchtowers and camps, flora (indigenous trees and bushes), water and insects.

All purchases of virtual goods directly benefit Good World Games’ non-profit partners with 15% of in-game purchase revenue donated to select causes. Each park benefits a different partner, which include Dian Fossey Gorilla Fund, Sea Shepherd, Wildaid and Orangutan Outreach. You can see what percent of revenue from your game interactions have been donated as well.

Each park contains species native to its location, with different art and challenges. And top scorers in game will, on a periodic basis, receive real world rewards such as an all-expenses paid trip to help (as a volunteer) one of the non-profit partners in the field. 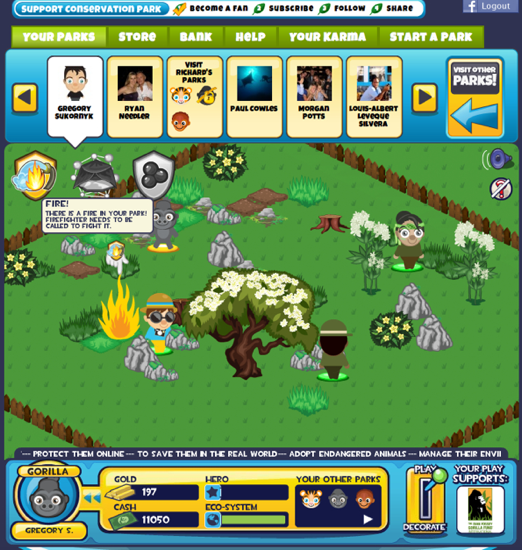