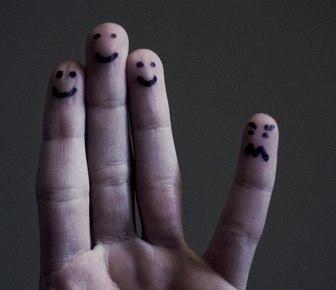 Mike Agovino is the Chief Operating Office with Triton Media Group, a leading provider of applications, services and content to the media industry, specifically radio, with more than 6,000 station affiliations.

Not long ago the music Industry was raking in $40 billion a year in sales. Today it sits at around $15 billion. Radio, once a $20 billion industry, is hanging on at a respectable $17 billion but faces significant challenges from a combination of new competitors pursuing its audience and advertising revenue while the overall trend toward digital advertising continues to divert budgets away from traditional media.

No matter what you believe, one thing is for certain; radio faces more competition for audience than ever before. Just the number of phone conversations occurring in the car each day would logically have to put a dent in time spent with radio.

As we move forward the challenges will only intensify as marketplace disruptors make their presence felt. Personalized music services like Slacker and Pandora have been aggressively building audiences online over the past eighteen months. With Pandora’s IPO this week, it now has a fresh influx of cash to keep investing in expanding its service.   In just the past few weeks Amazon, Apple and Google have entered the equation announcing cloud based music services. They join a crowd that already includes the likes of Rhapsody, Rdio and Spotify, which is rumored to be announcing a big deal with Facebook. Business plans for these companies clearly identify the battlefield as the mobile device and automobile. For years those of us in radio have referred to the car as a “radio with wheels”.

Some in the radio business don’t see these “pure” players as competition because they are based upon computer algorithms rather than professional curators. However, seeing these companies as anything other than competition is short sighted. Over time these companies will add more sports and talk programming and probably use some of these same technologies to build recommendations and playlists of spoken word content. Slacker recently announced deals with ESPN and ABC News while Pandora launched a new comedy service. Online companies are building audience and a portion of that audience is coming from terrestrial stations. Soon, if not already, the online players will reach scale where they can sell the value of their audience to the same local advertisers to which radio sells ad inventory—that’s a competitor in my book!

So, what next for these two long time allies, radio and record labels?

The record industry’s solution has been to re-think free access to music performances by radio stations and lobby congress to institute a first ever over-the-air royalty.  Over the air radio has been exempt from a performance royalty by a decades old understanding, but its online offerings are not. Terrestrial stations must pay a hefty royalty for performances that are streamed over the Internet.  Pure plays, or internet-only stations, pay lower royalties than over the air broadcasters do—in some cases the difference is very large.

I’ll skip the history lesson and just tell you that broadcasters who stream music content pay nearly $2.00 for every thousand listeners who hear a song. Those fees are scheduled to increase over the next few years to around $2.40 for the same thousand listeners. The average music station that streams is playing around 13 songs an hour. Those same stations are selling about six ads per hour and filling the rest of their break with PSAs and filler music (In the long term radio will come to find that they can’t serve more than 6 or 8 ads an hour online so today’s sellout rate is not the issue). With twice as many songs played as ads sold the impact of the royalty is a double-whammy, costing the broadcaster about $4.00 per thousand exposures to an ad.

There are other costs to streaming as well. You’ve got to pay ad agency fees and sales commissions as well as hosting, ad serving and measurement fees. All of this has an additional $2.00-$3.00 impact. Depending on the size of the broadcaster, total costs are somewhere around $7.00 CPM. My firm provides services to both pure plays and broadcasters, so we have some visibility into the current advertising economics in the space and present day monetization levels are around $5.00 CPM. In other words, broadcasters who stream their content are not turning a profit doing it.

The audience will continue to migrate online and radio brands need to make sure they exist where and how the audience wants them. Radio and record labels need to find business models that build value for both industries in this new world. Negotiations between the two have been on and off for years now with no resolution in sight. The music industry, broadcasters, artists and consumers are going to continue to take it on the chin if we can’t get these problems resolved. The future for both is better together than apart.

There’s an old saying that “you can’t stand in the way of technology” and it’s true. As much as many in radio and records would love to turn the clock back and protect their existing way of life . . . it’s not going to happen.

I believe in radio’s future but only if radio makes an aggressive online play and that play can not be made without the music industry helping to build that future instead of holding onto the past.