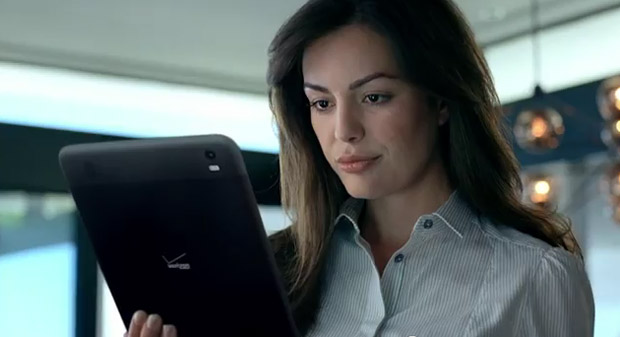 The Internet is abuzz with chatter that this, the tablet in the pic above, is the Xoom 2. It’s featured in a new Verizon ad (embedded after the link) and while it lacks any branding besides the large Verizon logo on the back, it at least looks like a Xoom. It has the same matte black color scheme, contured back and, as Droid-Life points out, the same unique speaker found on the Xoom. But please-oh-please do not let it be the Xoom 2. Or rather, please don’t release the damn thing anytime soon.

The original Xoom started slowly rolling out back in late February. It was supposed to be the ultimate Honeycomb tablet — a sort of Nexus product. But it isn’t and the sales reflected that. It’s stupid expensive, hard to hold, lacks a USB host port and functional microSD card slot. Then there’s Honeycomb, which isn’t exactly fully cooked even now thanks to the lack of apps. It only makes sense that Verizon and Motorola would want to quickly recover from the Xoom disaster, but launching the Xoom 2 anytime soon would do just the opposite. 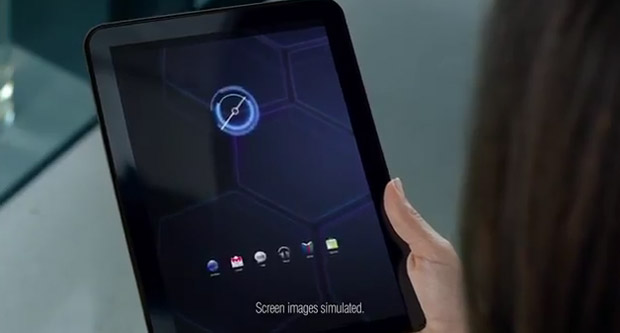 People bought the Xoom. Sure, the tablet didn’t see iPad sort of sales numbers, but first adopters clamored to the expensive tablet. These dedicated buyers then took to the interwebs to defend their purchase as a steady stream of negative press rolled out concerning the Xoom. You do not want to piss off first adopters by releasing a new and improved Xoom this soon after marketing the original as the best thing since the StarTAC.

Motorola made their honeycomb candy and now they have to eat it. It’s their responsibility to the buyers to support the damn device. Of course, it’s also their responsibility to be a profitable company and have a solid product pipeline. The Xoom 2 better be in development. I’m not saying it shouldn’t. However, seeing how there isn’t a significant update in Android 3.x since the Xoom was released, a Xoom 2 would simply be a hardware update to address the criticisms of the original model. Support the original instead.

The main sticking point on the original Xoom was, and still is, the price. It’s just too expensive but that seems like an easy fix. Motorola priced it to compete with the iPad, not other Honeycomb tablets. It was of course the original Honeycomb tablet and the first with an official MSRP. However, Motorola has yet to react to the lower price of the recently-launched Honeycomb tablets and officially drop the price on the tablet, although it can constantly be found in warehouse stores and online discount retailers for less.

Enough venting. Motorola doesn’t need a new Xoom. They need to drop the price of the original and support it with a simple marketing campaign. I still don’t see how anyone besides those like us would understand the deeper meaning of the Xoom’s Super Bowl ad spot.