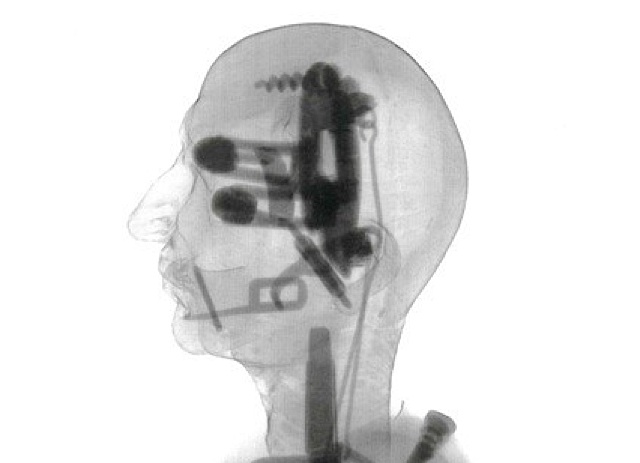 Radiolab has an excellent story about one of the most fascinating clockwork automatons ever made, a 15-inch high figure of a well-known miraculous monk, San Diego de Alcalá. The story is a bit apocryphal but the gist is this: the son of the King of Spain, Don Carlos, fell down a set of stairs in 1562 and fell into a deep illness due to his injuries. The King prayed to God, asking for his son to be spared with a miracle and promising a miracle in return. In a few days the boy began to heal and in the end he was perfectly fine. The King then commissioned this monk as a celebration of prayer, piety, and faith.

The monk walks around, beating its chest, and lifting a cross. It’s essentially a prayer machine that never tires and it was probably one of the most miraculous things anyone had ever seen in the 16th century.

From an article about the piece:

In the history of European clock technology, the monk is an early and very rare example of a self-acting automaton, one whose mechanism is wholly contained and hidden within its body. Its uncanny presence separates it immediately from later automata: it is not charming, it is not a toy, it is “fearfully and wonderfully made,” and it engages even the twentieth-century viewer in a complicated and urgent way.

Here’s the Monk in action and you can listen to the 10-minute podcast below.