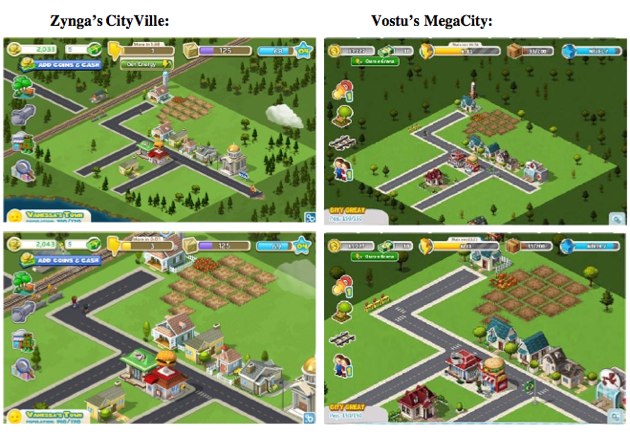 The TechCrunch office pool predicted Vostu would respond to the Zynga lawsuit alleging that Vostu’s entire business is basically to copy every single thing Zynga does in one of two ways. They’d either use the “I know you are but what am I defense,” or just a more straightforward “It wasn’t me” approach.

It turns out they just did both.

Zynga has been accused of copying so many games [Editor note: the “I know you are but what am I” defense”] that they’ve sadly lost the ability to recognize games like ours that are chock full of original content and have been independently created [Editor Note: the “It Wasn’t Me” defense]. Vostu has 500 brilliant employees working night and day making hand drawings and writing proprietary code for online games that our 35 million users worldwide enjoy. Zynga’s anti-competitive effort to bully us with a frivolous lawsuit — especially when we have some of the same key investors — is pathetic. While Zynga plays games with the legal process we will continue focusing on using our substantial resources to create games that entertain our customers.”

As i mentioned in our previous post, Zynga’s biggest weakness here is that they’ve “borrowed” game ideas from others, and have had to settle lawsuits because of it.

But Zynga, which has done some audacious things in the past, has never had the chutzpah to not only copy a game idea, but copy every aspect of the game design and mechanics as well. Take a gander at the side by side screenshots in the lawsuit complaint attached to our original post. There just isn’t a whole lot left to say.

My take: Vostu can’t win this lawsuit. I mean, they even copied the bugs in Zynga’s games.