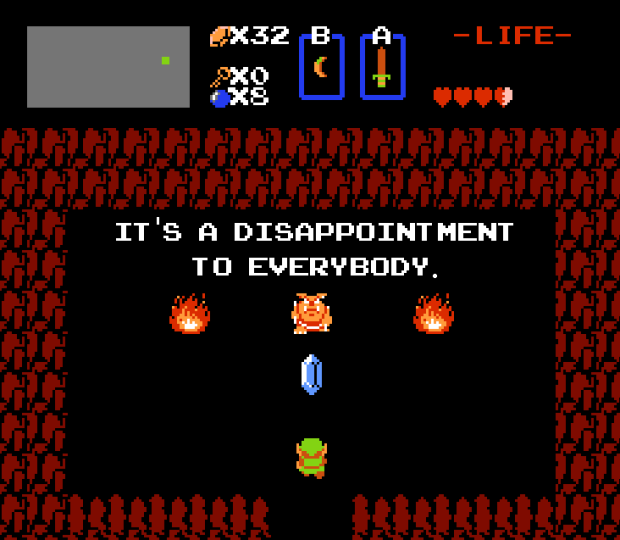 At this E3’s Nintendo press conference, we were treated to a nice little dose of Zelda music, and told there would be a sweet 25th anniversary soundtrack, as well as some traveling concerts and a free DSiWare game. All very good, but I couldn’t help but be disappointed at the lack of a collected edition like that issued for last year’s Mario 25th Anniversary. And according to Nintendo’s CEO Satoru Iwata, that’s not going to happen.

In a recent interview (translated in part by Nintendo World Report), Iwata said that he felt doing two such collector’s editions two years in a row wouldn’t be Nintendo -like (translator’s words). I guess I can see that, but really, a quarter century is a serious thing, and a collection of the early games (perhaps with commentary or extras, something the Mario release lacked) seems to be a perfect way to celebrate that. Gamers would love it. It would sell like hotcakes. And it could be a standard thing for the core franchises.

But no! Not Nintendo-like. Ah well.