EcoMotors is cleantech startup formed in 2008 and backed by Khosla Ventures and Bill Gates. The company designs and manufactures efficient combustion engines that could work anywhere gas or diesel power is typically used, like in cars and trucks, boats, tractors, planes and backup power generators. 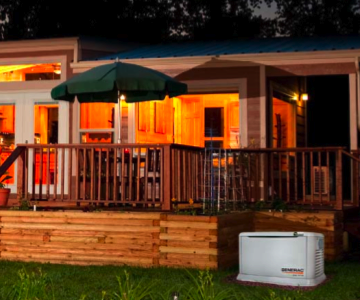 EcoMotors claims its “opoc engines” are 15 to 50 percent more fuel efficient than traditional internal combustion engines, as well as smaller and lighter to boot.

Chief executive officer of EcoMotors, Don Runkle (who spoke at TechCrunch Disrupt in New York last month) explained the impact of the partnership with Generac to his business:

“We’re going to work with Generac to qualify the ‘EcoMotors opoc engine’ for applications in gen sets, or the power generation area. We’d expect to begin to see [generators equipped with our engines] on the market in 2013. We have engines in prototypes, now in a wide variety of applications.

Partnering with a market leader in generators— which is about an $8 billion market, compared to a larger market in automotive— we hope to get through development quickly.

It can be easier to get engines tested for this application because you don’t have to do crash [tests] to see what happens to an engine like you would with vehicles. Gen sets run at one speed, also. In the U.S. that’s 60 cycles per second, and in EU that’s 50 cycles per second. Whereas with automoative, marine and aerospace applications, you have the engine going up and down in speed, obviously. It is easier to calibrate for generators.”

Based in Allen Park, Mich., EcoMotors is currently generating some revenue from engineering services, but does not yet sell its opoc engines. In the first quarter of 2011, Waukesha, Wisc.-based Generac sales totaled $124 million, according to the company’s last available earnings report.

Runkle spoke about other partnerships and explained more about his company’s approach to clean vehicles backstage at TechCrunch Disrupt in NYC last month. Watch the video (or read the transcript) for more…