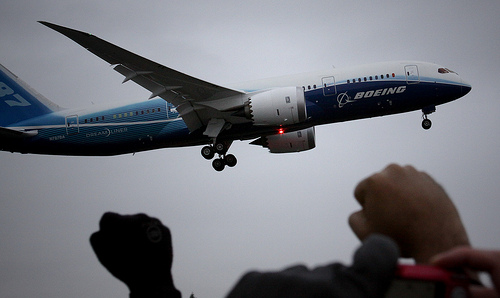 Air travel promises to become cleaner, if industry actions ahead of the huge, annual Paris Airshow are any indication…

Virgin America— a company that’s been reporting on its own greenhouse gas emissions since 2009— ordered $1.4 billion worth of new, super fuel-efficient engines from CFM International the companies announced on Wednesday. The move should help keep energy costs down, and reduce the negative environmental impacts of air travel by Virgin America as the company triples the size of its fleets, as promised back in January.

Virgin America claims that in pairing the A320neo and the LEAP engine, it will deliver 15 percent better fuel efficiency and 50 percent greater reductions in NOx emissions, over levels that environmental regulators require today. The company also forecasts that it will save $1.9 million per aircraft per year in fuel costs at current fuel prices.

It’s worth noting that while the airline bets on efficiency technology, it has also invested in biofuels. The company tested its first flights using at least some biofuel in 2008 (as TriplePundit reported then).

Sir Richard Branson, famed founder of the Virgin group of companies, also backed Gevo a biofuels company that went public back in February. Virgin plans to use at least ten percent drop-in biofuels, or plant-based fuels that work with existing engines, by 2020. 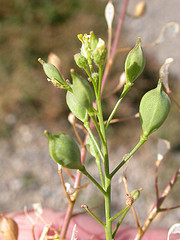 Jet biofuels made by Honeywell UOP from a non-food crop, camelina plants, will power a Boeing 747-8 freighter en route to the Paris Air Show on June 20th. The companies announced their plans today, while members of the U.S. house and senate were pushing to end ethanol subsidies and the U.S. Department of Agriculture secretary Tom Vilsack was campaigning to save the subsidies which bring money to farms large and small.

The Boeing plane will use not corn ethanol, of course, but a blend of 15 percent camelina-based biofuel, mixed with 85 percent kerosene jet fuel, which is the traditional jet fuel (a.k.a. Jet A). Boeing Captains Keith Otsuka and Rick Braun, along with Cargolux Captain Sten Rossby will pilot the historic 5,000-mile flight.

It’s kind of funny how Boeing is backing the use of plant-based fuels, here.

The company is still struggling to get its new line of efficient 787 Dreamliner planes (image, above) to market. These aircraft are supposed to burn 20 percent less fuel than other passenger planes of their size, and are lighter with more cargo space.

As Katie Johnston Chase at the Boston Globe recently reported: “The 787 is in the process of being certified by the Federal Aviation Administration and is expected to be delivered to its first airline, All Nippon Airways Co., in August or September. A total of 56 airlines, including United Airlines and Delta Air Lines, have placed orders for the 787.”