Shortly after it became clear that the Android-powered T-Mobile Exhibit 4G was going to sneak right by its rumored June 8th release date, another date started being thrown around the rumor mill: June 22nd.

Sure enough, T-mo has just taken to Twitter to drop the confirmation: come June 22nd, they’ll be puttin both the somewhat-high-end (we’d say “lower high end”, but that seems confusing) Exhibit 4G and the lower-end Gravity SMART on their shelves.

Need a recap on the specs of the Exhibit 4G or the Gravity Smart? Peek behind the jump. 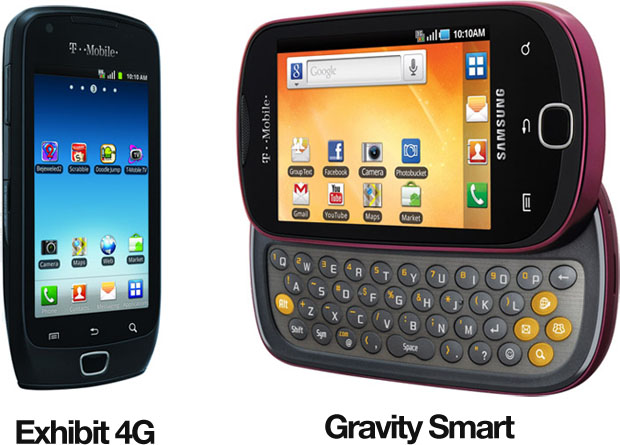