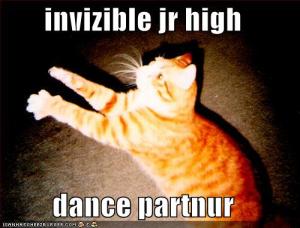 It’s been well documented that there aren’t as many women working in Silicon Valley and technology companies as we’d all like. Moving the conversation beyond raising awareness about this thing we’re all aware of, Kleiner Perkins’ partner Aileen Lee recently wrote a smart guest post for us arguing the business case for why Valley companies and VCs should be scouting more women. Namely, because they rule social media demographics.

That’s obviously most pronounced at startups designed explicitly for women, like PopSugar which boasts about 90% female employees. It has a pink Twitter feed filled with celebrity names. It’s likely too girly for a lot of girls. (Ahem, me.)

Bleacher Report, on the other hand, is staffed by a combo of jocks and geeks. Hello, day-old pizza and video games. Its offices boast 300-LCD TVs showing sports at all hours of the day. You can’t get much more testosterone-filled.

Guess who just happened to relocate its headquarters across the street from Sugar, Inc.?

So the inevitable was proposed yesterday: A good old fashioned junior high dance. Ok, that’s my phrase for it. They’re calling it a “mixer.” Essentially the two startups are going on a date. It was suggested and accepted via Twitter, and Eventbrite offered to coordinate the details. We understand dates and themes are in discussion now.

I used to talk to young entrepreneurs who said one of the reasons they relocated to Silicon Valley from LA or New York was because there were no women here to “distract” them. Along with our hopes of greater startup gender equality, it seems that’s destined to change.