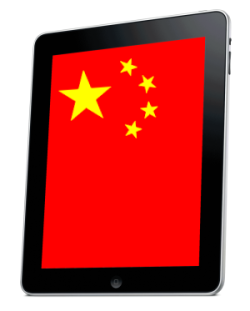 While China isn’t exactly the massive black market it is occasionally portrayed as, being the manufacturing center of the world does make it home to some serious physical IP theft. And while it’s nominally illegal, it’s rare that you actually see a publicized crackdown. Today we hear that three distributors of a counterfeit iPad 2 have been sentenced to between 12 and 24 months in jail and fined quite a bit of money.

The counterfeiter himself was based in Shenzhen, where he purchased the iPad 2 plans from two Foxconn workers for around $30,000. All three were convicted of violating commercial secrecy.

Well, that’s it, I guess! No more fake iPads for China. They have the real thing now, after all.