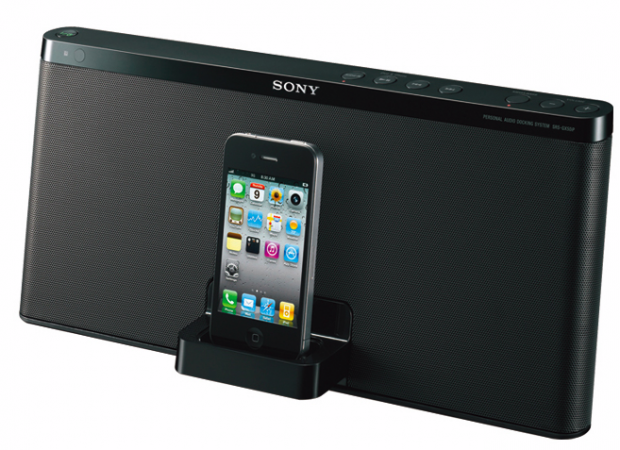 Sony’s Walkman may have lost the portable music player market in Japan and the rest of the world to Apple, but that doesn’t stop big S from releasing accessories for their rival. In Japan, Sony announced [JP] two new DSP speakers today, the SRS-GX50IP and the portable SRS-GM5IP.

The bigger model comes with 20W×2ch output, while the portable device features 2W×2ch output. For both speakers, Sony throws in a mini remote control. They support the iPhone 3G/3GS/4, the iPod classic/touch, 5th gen iPods, and nanos (generation 2-6). 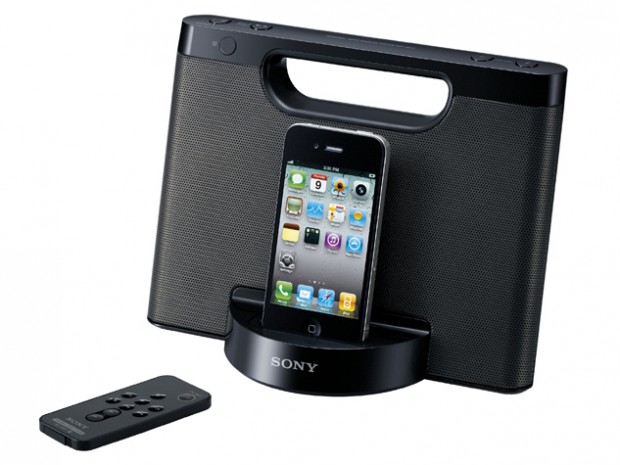 The SRS-GX50IP is already on sale in Japan (for $245), while the portable SRS-GM5IP (pictured above) will cost just $99 when hits stores over here on June 21 (Sony didn’t make any announcements regarding international sales plans).