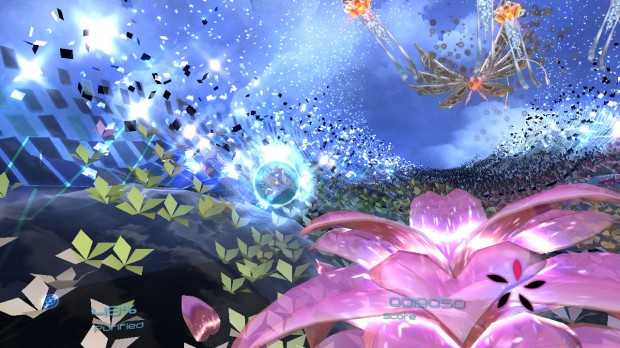 At E3, while checking out both the Wii U and the Vita, I was struck by the creative possibilities these novel control methods provided. Developers can be immensely creative people, and with the right one, something like a rear touch surface can become a truly powerful gameplay device. Tetsuya Mizuguchi, creator of Rez and Lumines, is especially excited about these new technologies, and I for one am excited to see what he and his team will do with them.

Speaking to Develop, Mizuguchi described his interest in these new technologies:

Before Child of Eden we tried, and we had the chemistry, but the not the technology. Now, with new technology like high definition, 5.1 and 7.1 surround sound, and even 3D, there are many opportunities for this kind of game to realise its full potential.

…The more paintbrushes we have, the more we can do. It is simple.

He also waxed philosophical on the possibilities of synaesthetic gameplay like that hinted at in Rez and perhaps better wrought in Child of Eden. And although he also compared game design to writing a poem (“Keeping things small, using very few words, you can still make the reader feel”), he suggested that technology has been driving creation since the 8-bit era.