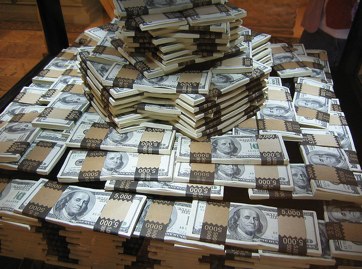 Editor’s note: James Altucher is an investor, programmer, author, and entrepreneur. He is Managing Director of Formula Capital and has written 6 books on investing. His latest book he’s giving away free. He built and sold Reset, Inc in 1998 and Stockpickr.com in 2007, among others. You can follow him @jaltucher.

Don’t BS me. Everyone wants to sell their startup. We all pay lip service to building a billion dollar Groupon but in general that’s a lie. Even Larry Page and Sergey Brin wanted to sell Google to Yahoo for $1 million within ten seconds of starting their company. And Yahoo said, “No”.

As soon as I start a company, I want to sell it. I’ve sold four companies and I’m invested in another dozen that have been through various stages of the selling process. It’s not pleasant, it’s ugly, and everyone paints a pretty face so they look good on the first date. But later on in the dating process you realize who beats their children and who doesn’t. It’s important to keep track of the following nine things throughout the process so you don’t end up being beaten too or even worse—broke and out of business.

And by “the process” I mean everything you need to do from the moment you start your business to the moment you get cash for your shares in it. Everything else in between aims for that final moment.

1. Prepare a year in advance. Everyone that you want to sell to. Start talking to them right now. The first company that I sold (in 1998) I started meeting with all the ad agencies about a year in advance of selling. I wasn’t ready then (I would’ve sold then but I was too small) so I kept everyone in the loop with monthly updates. And lunches or breakfasts every three months just to update on the business in general. By the time I was finally ready to sell we had 4 or 5 instant offers. Ultimately, we sold to a company I had never contacted before. But they had heard of us because the word was out that everyone was talking to us.

2. The 20:6:3:1 rule. In 2004 a company I owned a small piece of (a mental health facility. And no, I wasn’t an out-patient) wanted to sell. The founders were investors in a fund I was running. They got an offer out of the blue for $10 million. I said, let me take a shot at selling this.

A friend of mine had been in the business of brokering sales of small companies for about 30 years. He told me the 20:6:3:1 rule, which worked here. Call 20 companies in the space. We identified 20 private equity firms, public companies, private rollups, and ancillary companies all interested in owning a mental health facility.

Out of that the ratio worked like magic. We got 6 follow-up meetings. Then three serious meetings, all of which led to offers. Then we took the highest offer (it was double the other offers) and sold the business for $41.5 million. For a company that had $1 million in EBITDA

3. Ask for advice / give ideas. The key is getting your foot in the door. For every company that you can potentially be a fit for, come up with ten ideas of how you can integrate easily with their current business to generate revenues, customers, etc. for them. Meet them (they will meet you if the ideas are halfway decent. They have nothing else to do all day). Show them the ideas. Ask for their advice on what the best way is for you to work with them on these ideas. Make sure they make money on every idea. A lot of it. What does this do for you? It gets you a champion within the company (the CEO? The head of Biz Dev? The head of Marketing or Sales or Tech?) and it gives them all the ammo they need to present the case to their CEO and board. Without an internal champion you will never sell to that company.

When I was trying to sell Stockpickr.com (we sold to TheStreet.com in April, 2007) I spoke to Yahoo, AOL, Google, Reuters, Forbes, and a few others. Even though I didn’t sell to any of the above I still developed business relationships between several of those companies and Stockpickr that continued even after Stockpickr was acquired by TheStreet.com.

I have one friend who does the exact opposite. He trashes every company he can think of. By trashing those companies he thinks they will trash him back and that will direct some of their audience to him. I can tell you, in the short run that works very well. And in the long run it causes your company to fail.

4. Before the negotiation: come up with the mathematical formula that will value your company. A very simple mathematical formula that both sides agree on even before you look at the numbers. For instance, we will value ourselves at 6 times forward earnings assuming you throw the weight of your customers behind us. If they say no, you can say , “ok, half that!” And they will probably say yes. Or, with theStockpickr.com/ street.com deal we assumed how much more traffic we would get with their full weight behind us, assumed we would get their CPM on our ad inventory and cut in half their market multiple so it would be an immediately accretive deal. Once we agreed to that it was a matter of figuring out (and this is where the real negotiation took place) what their real CPM was and how much traffic they would drive.

Many companies that sell to a Google or Yahoo just use market comps. That’s fine also. But agree in advance what the comps are and what the multiples are. Because then you can always argue that your better than the last company that sold for X because of A, B, and C and that will allow you to negotiate for more.

5. During the negotiation: its not all about the number you get. Once you agree on a number, and their board agrees to buy you, they will close the deal. Now the key is to list as many things as possible that you need: salary, options, options for employees, when lockup ends, office, transportation, other expenses, responsibilities, earnouts, etc. You want to have as big a list as possible. A bigger list than their list. Larry Brilliant, former head of Google’s charity efforts and former CEO of Softnet, once told me “this is the way you can give up the nickels to get the dimes”. Or maybe he said it the other way around. Either way, you get more than you initially negotiated for.

6. After the Negotiation: this is the painful part. The deal is done. But it’s not done. You’re working for them. But you’re not yet working for them. At any moment the deal can unravel. Whatever you do, just shut up as much as possible and make sure your lawyer is making progress every day. This has been the most painful part of my life in every deal. Make sure your due diligence package is all set in every possible way by the time you sign the binding Letter of Intent so that that can’t be an excuse for any company to back out. One company once tried to loan me money in between the Letter of Intent and the day the deal closed. NO WAY! Another company wanted me to sign a six year employment agreement. NO WAY! Make sure it’s very clear how you can eventually sell your stock if it’s a stock deal. You don’t want permission from the CEO or you’re never going to be able to sell your stock. There are so many things that can go wrong here it’s almost worth another article but suffice to say make sure you have a good lawyer and make sure you know even more than your lawyer, which is not an easy task.

Also, most important, keep building your business after the deal is agreed upon but not closed. Keep building more and more strategic relationships. You essentially want to send the equivalent of a press release every week to the company buying you, showing how great you are doing and how you are talking with other companies about strategic deals (that can easily turn into acquisitions if they back down).

7. Show up. Once you start talking to any company about any strategic whatever (but before the deal is agreed upon), then help them in any way you can. Give them advice how to make their site better even if it involves introducing them to your competitors. Get the CEO a girlfriend/boyfriend. Take them to a baseball game. Go out to dinner. Go on vacations with the families. Call your media contacts to get them favorable stories. Perform magic tricks at their favorite charities. Be their psychologist at four in the morning. Pitch them other business ideas you can do once you are on board. I’ve done all this and more in every acquisition I’ve been involved in.

8. Keep building your business.  What if you are just at the beginning stages? My best techniques for building up:

These methods alone will get you customers and get you in position to sell.

9.  Most Important: Don’t Fail. The ultimate key to selling is to stay in the game. Here are the 9 easiest ways to fail at your business.  Avoid them.

Let’s say you signed the deal and now you’re waiting the month or so it takes the lawyers to dot all the i’s and cross all the t’s. There’s going to come a point where you get incredibly stressed and paranoid. This is a law of the universe. Not a theory. Here’s what you need to do: go to the nearest firing range. Get a rifle. Get as many bullets as you need. And keep aiming for the center of the target until you are too tired to even move.