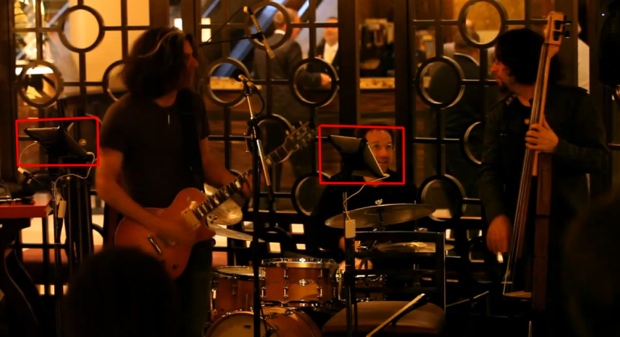 Agile Partners, makers of AmpKit and AmpKit Link for iOS, sent me a video this morning of the Alex Skolnick Trio playing a gig at WWDC using iPads instead of amplifiers (except for the drummer). It looks like they are probably running the iPad outputs right into the P.A. system.

This setup probably wouldn’t work for all kinds of music, but in the right situation, like this one, it sounds pretty good. Indeed, if you’ve ever slugged a 120 pound bass cabinet up a rickety flight of stairs for a gig, you will be able to appreciate the small footprint going on here.

Check out the video:

I’ve seen Alex use the iPad before and he is adept at getting good tones through AmpKit’s interface. It’s funny to me to see the guys tweaking the iPad while they are playing and makes me wonder if Agile Partners will be coming out with any kind of physical foot-pedal that works with an iPad.