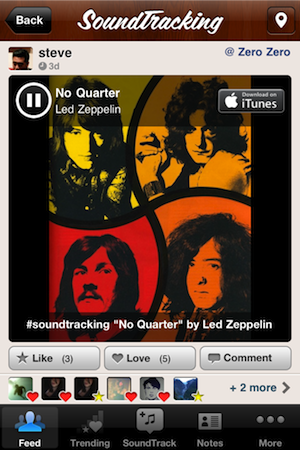 When we first covered the launch of SoundTracking back in March, co-founder Steve Jang explained his vision for the service as a sort of “musical postcard”. That is, it’s not just about the music, it’s about the music mixed with location and images to convey a true sense of place alongside your musical expression. With a new iPhone update and completely revamped website, SoundTracking is closer to this concept than ever.

The latest version of the iPhone app (version 1.1), adds a new feature called “Music Neighborhoods”. This allows a user to post a song to an area of a city that’s not a specific venue. You can also post a song on the higher city level as well. In addition, users can now browse all SoundTracking posts by neighborhood/city. “We think there is a music personality to neighborhoods and cities,” Jang says, and the new feature aims to expose that.

SoundTracking is using SimpleGeo’s APIs to do this, and Jang hints at a feature down the road where you may be able to load up the app and discover music on the fly simply by entering a new neighborhood. Musical geo-fencing.

But the original venue concept is still important to SoundTracking as well. With version 1.1 of the app, they’ve expanded it a bit. Using Foursquare’s API, SoundTracking can now find trending venues as well as your favorite venues (assuming you connect your Foursquare account).

Improved location is one aspect of getting closer to the musical postcard, the other is the visual aspect. SoundTracking has also improved the music post view to place comments, likes, and loves cascading below the image. This leaves the image itself cleaner and more emphasized.

But the bigger improvement in the visual sense is the new SoundTracking website. While there is a traditional feed view where you can use SoundTracking just as you would with the app (liking, loving, commenting, etc), the more interesting view is the large image one. Jang calls this the postcard view, and it puts a huge emphasis on the images (either album artwork or your own images).

“If a picture is worth a thousand words, then what is a song and a photo worth?  The metaphor of a ‘musical postcard’ is something we thought about as a description of what we wanted to allow people to quickly create, share and view with friends,” Jang says, noting that these updates improve upon that vision. As a higher level, “the SoundTracking app and community is designed to not only offer music discovery through social, which is the usual goal for most social music services, but it is also intended to offer social discovery through music,” he says, noting the integration with Facebook, Twitter and Foursquare (in addition to their own, quickly growing community).

The updated iPhone app, which can be found here, also features new user profiles (including bios) and performance enhancements. 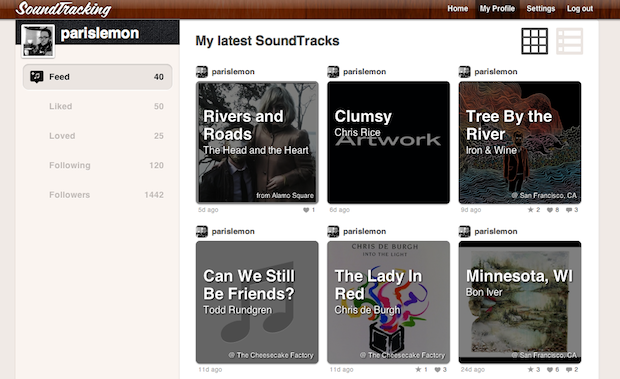 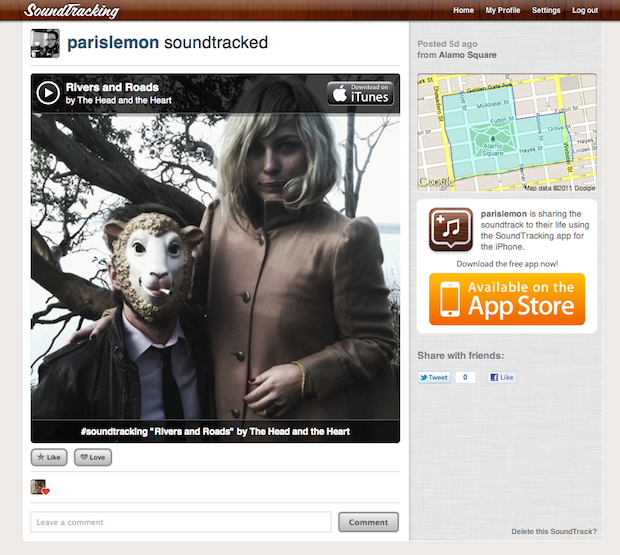 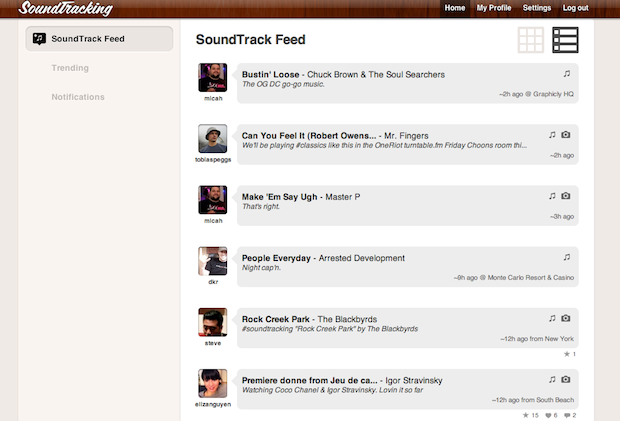 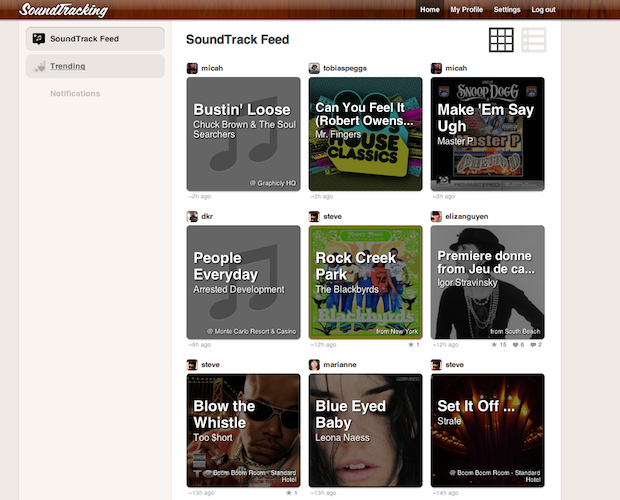